Golden Globes Nominations has Hollywood on their Toes

With the 2017 Golden Globes nominations out, it’s all any pop culture fanatic can think and/or talk about. But, it’s not for the reasons that you’d think.

For this years’ crop of nominees, many of the speculated obvious selections managed to make the cut. However, there were several buzzed about films whose presence on the nominees list were basically non-existent. In other words, what was the Hollywood Foreign Press Association (HFPA) thinking? Unfortunately, we still refuse to accept that when it comes to awards season selections, the HFPA does what it wants.

There were many surprise film nominations that slid through seamlessly this year. Hacksaw Ridge, Lion, and Hell or High Water while all good films, they were not what many had in mind. These films must enjoy their nomination with caution because this does not guarantee their spot once Oscar nominations are announced. No one is safe this year, but La La Land and Moonlight are the only exceptions. 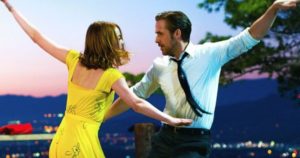 La La Land and Moonlight lead the film nominations, but these nods were predictable. Both films will win big that night within their respective categories, but they’ll be forced to go head-to-head on Oscars night. Our money is on La La Land coming out on top. However, as a pleasant surprise, it was satisfying to see Hailee Steinfeld earn a nod for her efforts in The Edge of Seventeen because of her excellent performance within a fresh script.

Television’s biggest winner this season is The People v. O.J Simpson.: American Crime Story. At no surprise, the FX series leads the pack with five nominations. The Crown, The Night Manager, and Westworld follow suite. NBC’s This Is Us scored big as well while claiming a slot in the Best Television Series -Drama category. Plus, the show’s female standouts Mandy Moore and Chrissy Metz are set to face each other in the Best Supporting Actress category as well. As a bonus, Donald Glover earned his first Golden Globe nomination for his groundbreaking new series Atlanta.

Traditionally, the Globes decide to celebrate more films by expanding the categories into ‘drama’ and ‘comedy or musical’. However, this lenient platform did not cultivate opportunities for several awards season hopefuls.

In a minor upset for Disney (because both Moana and Zootopia are in the running), Finding Dory got lost in its failed attempt to swim to the top. However, this snub is understandable since the semi-forgettable sequel that premiered 13 years after it’s predecessor failed to capture the same magic the original had. Golden Globe nomination or not, it still raked in over $1 billion in box office sales. 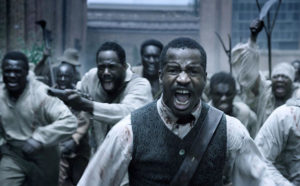 Although many believed Sully would garner fair attention at the Globes, it remained to be seen on the ballot this season. Tom Hanks goes unrecognized this go round, but he’s a veteran nominee—he’ll survive this one. Birth of a Nation couldn’t survive the hype either; Hollywood’s initial excitement around the film couldn’t save it this time. Also, Taraji P. Henson’s leading lady performance in Hidden Figures didn’t hit the mark. Sure, Octavia Spencer’s part in the film received attention this season, it still doesn’t make up for their missed opportunity to award Henson. To make matters worse, her show Empire was snubbed as well.

Despite praise from critics and awards season buzz that circulated around these films (and performances), they are unfortunately riding the snub train all the way to the abyss of failed Oscar-bait films of past and present. 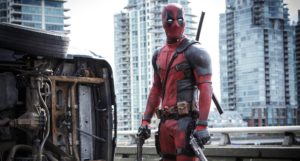 This season, Deadpool made history. It became the first live-action superhero film to be nominated in the Best Picture – Comedy or Musical category. However, Ryan Reynolds witty banter didn’t charm the HFPA enough to warrant him an acting nod. On the other side, Denzel Washington while nominated for his acting efforts was dismissed on his directorial work.

In a major surprise (and upset), it was alarming to see that the Globes passed up on including Jackie amongst the contenders in the Best Motion Picture – Drama category. It was a missed opportunity on the HFPA’s part, but we will take what we can get since they at least had the decency to nominate Natalie Portman for her spot-on performance. On the other hand, the Oscars most likely won’t hesitate to welcome this film with open arms.

As for television, Game of Thrones was snubbed once again. Yes, they received a nod for Best Television Series, but their track record in this category doesn’t promise the program a win. Lena Headey will be the only cast member recognized this season. Plus, for the first time since its freshman season, Orange is the New Black was left off the roster this year. This snub comes as a major surprise considering the highly-political, yet stellar, season was probably its strongest yet. Also, House of Cards—another Netflix staple—failed to make a dent this season as well.

What do you think of this year’s nominations? If your favorite film, actor, or television show wasn’t recognized for it’s genius efforts, don’t feel too bad. The HFPA prides itself on being a wildcard show; therefore, it’s always safe to expect the unexpected. Plus, there is still potential for your favorites to see recognition at the 2017 Oscars and SAG Awards.

Make sure to tune into NBC on Sunday January 8, 2017 to see Jimmy Fallon as host. Stay tuned for more awards season coverage to come from us at Press Pass LA!