Greg Holden. Remember the name. If you haven’t heard of him yet, you soon will. He’s about to be the next big thing. 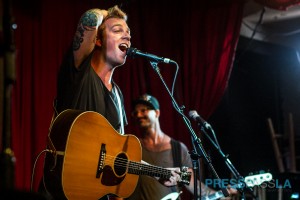 Scottish-born, NY-based singer-songwriter Greg Holden is hitting the road, opening for Vintage Trouble on their fall tour. His sold-out show at the Hotel Cafe in Hollywood was the tour kick off; a showcase for his immense talent. 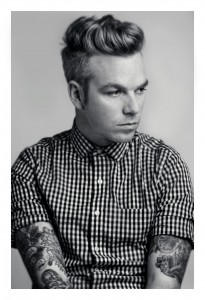 His Hotel Cafe set featured material from his major label debut album Chase the Sun. He performed with a full band, playing “Save Yourself,” “Give It Away,” and “It’ll All Come Out,” as well as a few new songs, such as “The Way Things Are.,” Mid-set, he sent the band away to perform “Boys In The Street” solo. If you have yet to hear “Boys In The Street” look it up on YouTube now, it’s not only lovely, but incredibly powerful, and I challenge you to not be moved listening to it.

He brought solo artist Garrison Starr out to share vocals with him on “The Next Life” a song about a near death experience in the Himalayan Mountains. He then ended his set with the single “Hold on Tight,” and was met with a thunderous standing ovation.

Pure talent. It shines through, even at the early show on a Wednesday night.