“I’m in the business to stay alive,” says True Blood’s Gregg Daniel, who plays the wise, even-keeled Rev. Daniels. This came after my remark about his twenty-plus year career with over one hundred credits in film and television. 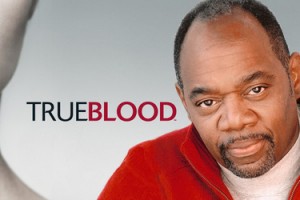 But that only scratches the surface of this all-around artist who does Shakespeare for exercise and directs award-winning plays.

Supporting characters, given the proper depth can be a boon for a TV series.Try to imagine The Sopranos without Paulie Walnuts. Or Breaking Bad without Saul. There are plenty of fine actors out there who work all the time but are rarely given the proper opportunity to show off their instrument. Gregg Daniel is getting his ‘shot,’ as it were, with the show’s final and tumultuous season now airing on HBO.

The story of how Gregg got the gig on the show in the first place is a lesson for actors to always seize that rare opportunity, even if it seems like a longshot. “I was on the east coast doing a play when my agent called me and told me that a role had come up and I need to put myself on tape (to audition)…I was in this lovely seaside Jersey town that didn’t really have access to the proper materials to do it…and I nearly gave up until I finally found someone who could…I never thought I would get the part, but I still had to try…so, even if the conditions are not prime there is a lesson that you never know when it can happen.”

Now that he is on the show, he is able to, as he said multiple times, to “stretch your instrument,” and make the southern baptist minister more than a stereotype. “I didn’t want to play the typical southern baptist minister, I wanted to avoid the fire and brimstone, and the writers have never forced that sort of material on me…but I think he (Rev. Daniels) is learning a lot, how does this man of faith deal with this new world because whatever the old tricks were, he has to find new footing, I mean, how do you minister to those who are losing their faith? How does he nurture? It has to be a new way because the old ways won’t work. Also, how do I save the woman (Lettie Mae) that I love in this situation no one has ever encountered? I need to appeal to the hearts and minds, the intellect. I see him much more as a moral center, he can’t come from a holier than thou place, so we need to know where he comes from, to give him legitimacy.”

From here this kind and enthusiastic man segwayed naturally to my would-have-been next question about his favorite scene from the show which tells the Reverend’s story and gives him the aforementioned legitimacy, “I was so jazzed about that scene between him and Willa, just a great monologue, I was so pleased, pleased that they had the faith and confidence in me to pull it off, I had to email the writer, a talented man named Brian Buckner to thank him for the that…I also loved the exorcism scene, it was fun and a bit absurd, just a gas, when I see it today I crack up, it was just outrageous.”

At this point in our talk I wanted to hear Gregg’s feelings about the show ending, I remarked that it is like the end of a long relationship, and even though you know it is coming you are never prepared for the casualties along the way. “There is no growth without sacrifice,” Gregg said, “this is not a fairy tale where everyone lives happily ever after…just like a relationship, people will have moved from one point to another even though the journey is not always easy.”

Speaking of sacrifice, I asked Gregg a hypothetical that I once I heard his answer and reasoning I now want to actually happen: Let’s say Alan Ball (creator) comes up to you and says ‘Rev. Daniels has to go, he’s gotta die. But, I am going to let you decide the means and way he dies.’ What do you do? “I’d like for him to give up his life to save another, it doesn’t have to be Lettie Mae, it could be Willa, he has great affection for her. It would be the ultimate act of love, the finest way, to sacrifice oneself. There is nothing more loving than that.”

Aside from True Blood Gregg also runs a theater company called The Lower Depth Theatre Ensemble, where Gregg has turned from actor to director for multiple plays. “We found this wonderful group of actors, who includes my wife, and we all had careers, but we all wanted to take risks and found many other people who wanted the same. This was best facilitated by forming our own theater company. This way we can engender our own projects…If you build it they will come, if you do it for all the artistic reasons then other people will want to take risks and chances, actors, designers and all take it on for no money. It has been a wonderful outlet, our stories are more international and we get wonderful responses for them…we try and do stories that LA theater goers would find interesting.”

One story is Elmina’s Kitchen, for which Gregg received an NAACP Image nomination for directing and the cast won for best ensemble at the same awards. “A British writer wrote Elmina’s Kitchen, what an interesting story, takes place in a West Indies restaurant, we even flew the writer out here for the opening weekend.”

These days Gregg is just taking it easy (by his standards) doing Shakespeare’s Romeo and Juliet every night at the Japanese Garden for the Shakespeare Center of Los Angeles. “It’s like the 1920’s Jazz era, fantastic setting…I play Lord Montague, Romeo’s father.” Gregg was also careful to note that “this is not an adaptation, not a single line has been altered for the contemporary audience.”

I asked him what it’s like to tell that story every night: “I also have a small role as the man who tells about the rider not being able to deliver his message about Romeo meeting Juliet, and then you feel the audience react, last night there was an audible gasp, sharing that collective experience, they fall in love despite themselves, much like Romeo and Juliet. It is still the basic love story, and a cautionary tale.” On Shakespeare’s role for the modern actor he said “I would tell any actor, to please be familiar with Shakespeare, if only to stretch your own instrument.” I likened that notion with the writer writing poetry, it’s language at it’s most basic and beautiful. 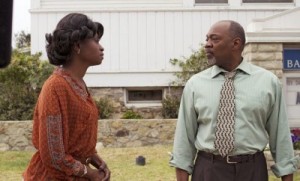 Gregg’s True Blood character is (for now) still alive and kicking, showing that ‘in the business to stay alive’ attitude necessary in any world, especially acting. “You have to stay working, you get to a point where you can’t wait, you just keep going and it all becomes a byproduct of what you are working towards and it all feeds into a role. Because you haven’t stopped. What matters is that you are doing something creative and active, just keep working.”

Visit www.shakespearecenter.org for tickets and info on seeing some Shakespeare in the park!