GREY’S ANATOMY: THE END OF MCDREAMY IS FANS WORST NIGHTMARE

Last night, Grey’s Anatomy killed off Derek Shepherd. I would have noted a spoiler alert here but you would have to be dead yourself to have not heard the cry of McDreamy fans during primetime last night. But what does this mean for the show? 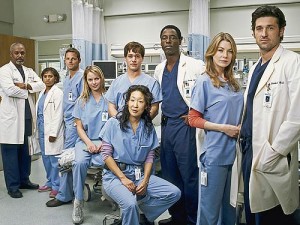 I worked on Grey’s Anatomy. I thought I should say that up front because maybe it is a bias or blessing to this post. I was a PA back on Season 1 and 2 in the early start of my entertainment career. That’s right, I drove around in a little golf cart with Patrick Dempsey and Isaiah Washington on the small backlot that is Prospect Studios. It was a dream come true. I was actually a struggling actor who couldn’t believe my luck to be on set watching each  episode’s director (they often change in TV) give notes to some of the most talented cast. I prayed one day I’d put down my walkie talkie and be asked to grab a white coat and join them.

I consider myself more of a fan than a crew member now. I mean, let’s be honest, it is a different show and has been for a while. But I don’t say that with the disdain of some fans who have longed touted that Grey’s was on it’s way out. I loved the original cast of Grey’s. But over the years, we’ve watched as character’s like Preston Burke, Izzie Stevens, George O’Malley, and even Cristina Yang departed, some followed by their own real life scandals. We welcomed characters like Addison Montgomery, Mark Sloan, and Lexie Grey who stole our hearts for a while before breaking them, and we accepted-even fell in love with- a new Grey’s with characters like Jackson Avery, Arizona Robbins, April Kepner, and Callie Torres who you almost forget weren’t there at the beginning. Perhaps it is the setting of a hospital where staff could more easily change than say a show set in a small town or a timeframe like high school or college that made this possible. Or perhaps it is just the magic that is Shonda Rhimes. Even the newbies- the other Dr. Shepherd, Edwards, Jo, and even Grey’s second mysterious sister (only a few episodes in) somehow feel like family! 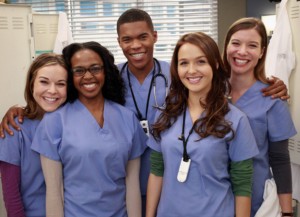 But can Grey’s really survive the loss of Derek Shepherd? Sure, we still have Meredith and after all it is her show, plus originals Alex Karev, Dr. Bailey, and Webber, but it is certainly the end of an era. The show is called after all Grey’s Anatomy and fans have long tuned in to watch the dark and twisty Meredith Grey battle with the demons of her childhood, the pressures of her career as a surgeon, and the love of her life in Derek Shepherd. It was tough when she lost ‘her person’ Cristina Yang when actress Sandra Oh decided to depart the show to pursue other roles (has anyone seen her? possibly even more sad as she is phenomenally talented) but now Dempsey has the same desire.

As fans, it’s tough pill to swallow (medical pun intended.) Even as a longtime struggling actor, I’ve thought to myself, why would anyone EVER leave a top rated TV show, especially considering more often than not those actors don’t go on to greener pastures. That said if anyone can do it, I am sure Dempsey will have no issues finding himself on the big or small screen again soon. He probably already has something lined up! But even if that weren’t the case, the actor in me can understand the need to move on after playing the same role for eleven seasons. But where does that leave the fans? 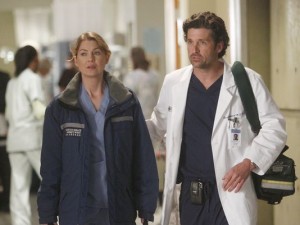 Last night Shondaland had 3 options, but would any have satisfied us?

1) Derek could have stayed in D.C. working essentially as a brain surgeon doing research for the president and made the occasional cameo.

FAIL: Let’s be honest, as fans, we didn’t like this storyline anyway. They were finally happy! Why were they pulling them back apart with some rift over an offer you can’t turn down in D.C. Sure, this could have worked for a while. I mean Yang went overseas and we accepted it through the rare mention or phone call. But this love story IS the show. It wouldn’t have worked in the long run.

FAIL: The show did a mislead for one episode in this direction. Derek falls in love with someone else. He’d done it before! Meredith becomes the new Addison. But, this would have only left us angry and bitter. I mean, we know Derek now and he would NEVER do that to Meredith. Fans would have turned and possibly not only on Grey’s but on Shondaland in general.

Sigh! So this is what they did. While it was a shock, Derek’s speech to Meredith about being his “coming up for air” and “it was always you” the previous episode was foreshadowing enough. Not to mention the trailer’s telling us this would be the episode we talked about basically FOREVER and the not so subtle exploding car.  It may not have gone exactly how we thought, but in the end, it went exactly where we feared. They made sure Derek pledged his love to Meredith one last time, they killed him off a hero, and Grey had grown enough as a person to let Derek go telling him “they would be fine” as she agreed to pull the plug on his life support.

FAIL/SUCCESS? What else could they have done? I don’t think any conclusion would have been satisfactory. While we can debate it in 140 characters on Twitter how we might have ended it, even given him a “better” death, there is no easy way to say goodbye to someone you love. If you have watched this show for the last decade, you could have only no other emotions but anger and sadness. After everything WE had been through, how could Meredith and Derek not get their happy ending. How can we expect to have ours? Our souls are shattered.

The only other option would have been to end the series. Fans might have been happier, but that’s not how Hollywood works. The show must go on and only time will tell if the fans will be there tuning in. Grab you tissue box for next week’s two hour farewell; I know you are not really boycotting!

One last thought, at least Shonda saved Jake on Scandal. For a second there, I thought it was sweeps week. Long live TGIT.