Would you rather be a target of the Mexican Cartel OR unknowingly be tied
to the Mexican Cartel in a major way? However you answered that “Would You
Rather,” you will see your future play out just across the Mexico border in Amazon’s
“Gringo.”

Imagine, you’re living a comfy suburban life in Illinois, working in a high rise
building located in downtown Chicago and your best friend from college is your
boss! Life is set, what could possibly go wrong? A S*** TON! “Gringo” is a movie that
in every sense of the phrase ‘Will Give You All The Feels.’ You’ll laugh, smile, and cry
all at the same time. You’re heart will break and in an instant will be overcome with
adrenaline. The hair on the back of your neck will stand at attention and you’ll jump
clear out of your seat. 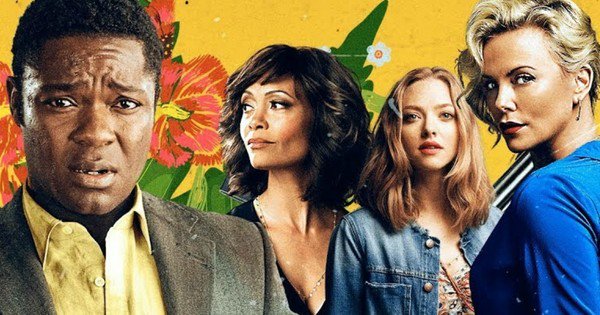 The dramedy, action, thriller that is “Gringo” is definitely a must see of 2018.

David Oyelowo leads the movie in the role of ‘Harold.’ He is a simple man who seems
to have it all… until he doesn’t. He works for a pharmaceutical company that is about
to make it BIG in the cannabis business. But, in the blink of an airplane ride to Mexico, he’s       hog-tied with a gun to his head. Harold’s kind, meek and demure
personality is endearing yet hysterically funny. It’s the moment’s where Oyelowo’s
character “let’s loose”, and by loose I mean like 10% loose. For example, Harold
finds out the true intentions of his boss and threatens to drink a glass of wine while
Skyping with his wife, and after an internal battle with himself; he cracks it open and
takes a sip. The audience will be laughing in the worst of times as well, like when
he’s hammered drunk, kidnapped by the Mexican cartel and ends up flipping a car
five times.

You might wonder, ‘how in the world did Harold get in this situation?’ Enter
his “best friend” and boss ‘Richard’ played by the amazingly talented Joel Edgerton.
Richard is a greedy, backstabbing, playboy who takes his friendship with Harold for
granted and sets up Harold’s descent into the cartel. Harold and his business
partner/foul-mouthed love interest, ‘Elaine,’ played by Charlize Theron, are set to
make millions with their marijuana pill Cannabax.
Through the many twists, turns and jaw-dropping moments, Harold’s
innocence is transformed, but does he come out on top? Better yet, does he come
out ALIVE? You’ll have to watch and see for yourself. Amazon Studios’ “Gringo hits
theaters Friday, March 9 th .