HAMILTON WINS BIG AT THE 2016 TONY AWARDS AMIDST NATIONAL TRAGEDY

The 2016 Tony Awards celebrated 70 years of honoring the best of Broadway last night at the Beacon Theatre in New York City amid the backdrop of a nation in morning from the attack in Orlando aimed at the LGBTQ community and our nation’s values. 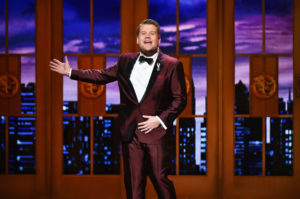 James Corden was the evening’s first-time host and he began the show with a message to the Orlando victims: “Your tragedy is our tragedy. Theater is a place where every race, creed, sexuality, and gender is equal, embraced, and loved. Hate will never win.”  This was a sentiment that was echoed throughout the evening by presenters and winners including speeches by Lin-Manuel Miranda, Jessica Lange, Frank Langella and more.

The show featured 11 wins for Lin-Manuel Miranda’s production of Hamilton- the hip-hop stage biography of Alexander Hamilton- just shy of the record for 12 Tonys held by The Producers since 2001. The final Tony was announced by Broadway legend Barbra Streisand.

When Miranda took the stage he read a work inspired by his wife which he dedicated to the Orlando victims:

“We chase the melodies that seem to find us until they’re finished songs and start to play when senseless acts of tragedy remind us that nothing here is promised, not one day. This show is proof that history remembers. We live through times when hate and fear seem stronger. We rise and fall and light from 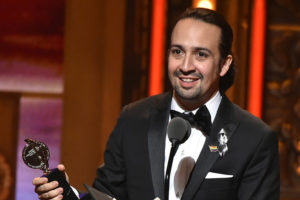 See the full list of winners at The Tony Awards. Donate to the victims of Orlando.