Hanson continues to redefine their music, from Middle of Nowhere to Finally It’s Christmas, and everything in between, the trio has done something almost impossible in the music industry – they have stayed relevant.

The latest iteration of Hanson could be considered one of their most ambitious yet. Along with award-winning 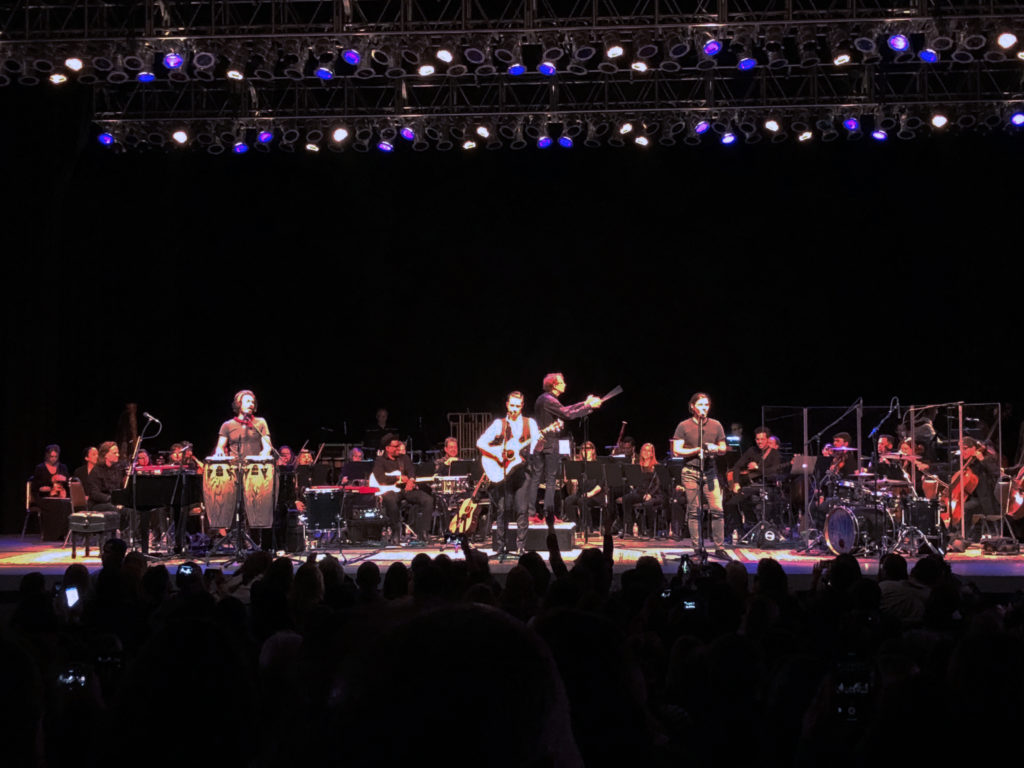 composer David Campbell, the brothers have reimagined their songs with an orchestra. Now, one may think that the pop hits Hanson is known for (MMMbop being a legacy that they may or may not appreciate) wouldn’t translate much differently with extra instrumentation – and while the songs played at their latest LA show at The Greek Theatre held strong to the structurally pop sound Hanson is known for, they still added something else, a maturity the band has been striving to make known to the world over the years.

Some of the strongest arrangements from Campbell and Hanson (echoed by the loudest applause at the outdoor theatre) included Battle Cry, The Sound of Light, Siren Call & Me, Myself and I. The nearly 2 hour show had a 15 minute intermission, no encore and minimal commentary, which rattled a few fans but ultimately drew the audience in to feeling more and more like they were at a Symphony.

The upcoming album String Theory (November 9) is accompanied by a YouTube docuseries that dives deeper into the songs and arrangements. You can find the rest of Hanson’s tour dates here: https://hanson.net/tours-events