Harry Benson is a photojournalist who through his abundant charm and unique eye, captures hidden moments of public figures such as Michael Jackson at his unsettling Neverland Ranch, a close-up of Jack Nicholson on a motorcycle with a crumb of cocaine under his nose, a full frontal nude of OJ Simpson coming out of the shower, the Beatles in the middle of a pillow fight, Bill and Hillary Clinton sharing a kiss on a country hammock, a young Donald Trump posing with a million dollars in cash spread on his lap.. and the list goes on.  But Benson’s desire to be a part of history goes far beyond the life of celebrities.

Harry Benson: Shoot First goes into all of that.  In between interviews of the people around him who pour endless and redundant praise about him, the film is about the stories behind his photos. For example, there is photograph of Robert Kennedy on the pavement in the moments after his assassination.  In it, his wife is hysterical, and there is a swarm of people in a panic, crowding Kennedy’s body.  And all the while, Benson was there, behind his lens, taking pictures.  The documentary briefly questions the lines between journalism and paparazzi, but Benson thinks about it in a simple way.   “When people talk about ethics, it means they didn’t have the guts.” 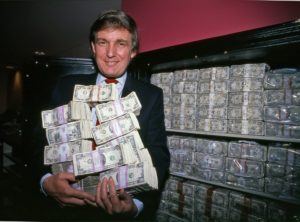 Benson certainly has no fear.  The film shows footage of his ten day assignment in Mogadishu, Somalia during the 1992 famine that killed 260,000 people.  He watched children die everyday, while embracing the convoluted adrenaline of being able to tell that story to the world.  He got to know KKK leader Bobby Sheldon in a hotel room as Sheldon was showing Benson his guns.  Benson even humanized the schizophrenic anguish of Mark David Chapman, the man who killed John Lennon.  The stories just go on and on…and on. 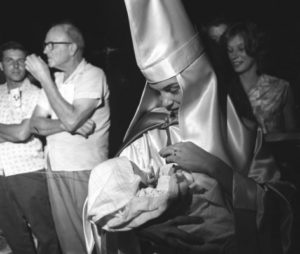 The film equally focuses on the type of person Benson is.  For one thing, he is type to ask for forgiveness, rather than permission.  But his subjects rarely have regrets in letting him steal the most guarded moments of their lives.   The amount of admiration for him is exhausting, but the film keeps a steady momentum from story to story with moments bouncing between laughter and tragedy, and everything in between.  Harry Benson: Shoot First manages to portray Benson’s story in the same tone as how Benson describes his photos, “fleeting moments, final moments: joy, regret, each a glimpse then gone forever.”