HBO hosted its 13th annual LUXURY LOUNGE featuring PANDORA Jewelry this past weekend at The Four Seasons Los Angeles in Beverly Hills. Press Pass LA was in attendance to see what celebrity swag was being showcased this year for Golden Globes weekend.

We know you’re dying to know what was exactly inside, we’ve put together a few of our favorites. 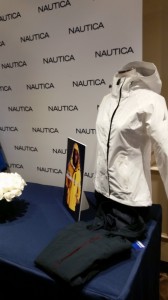 Nautica: They never disappoint with showing the celebs their newest items. We were lucky enough to get one of the new white Wind Breakers made for men and women. Let me tell you this was perfect timing at its best Golden Globes weekend was nothing short of a monsoon. We sported our new bright white (also available in navy blue) jackets all weekend from carpet to carpet. These wind breakers are set to hit stores at the end of January.

Big Buddha: These handbags will get any girl noticed. Blending flirty fashion with practical and versatile design, and they are animal cruelty FREE. I don’t kow about other women but I can never have enough bags, especially ones that I know my favorite celebs are rocking. 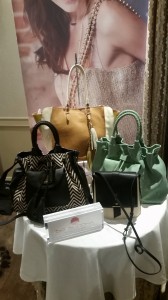 Don’t worry fellas we have something for you too, weather your metro or rugged every guy likes to take care of their skin. You never know when those shutterbugs will be flashing so we picked up some Montez Renault “Men’s Skin & Hair Care products” Founded by former football teammates and men’s grooming-club entrepreneurs Karlos Montez Dansby and Christopher Renault Butler, Montez Renault set out to elevate men’s grooming with a collection of hair, body and skincare products crafted from the highest quality ingredients and based in sound science. We can’t wait to see how great our bae’s skin/hair looks after using this!

Last but certainly not least was the sponsor of the day PANDORA Jewelry, who was back with our favorite Plinko game where you drop a circle chip down the board and watch as it falls down into various categories “Memories” “Necklace,” “Rings”… we played of course because everybody gets the star treatment in this scenario. I got a beautiful sterling silver initial charm with necklace to match from Pandora’s Essence and Moments Collection.

We left the Four Seasons swagged out for the Golden Globes!! Can’t wait to see what’s in store next year.