On Thursday July 6, 2017, Los Angeles was graced with the opening of the critically acclaimed direct-from-Broadway play, “Heisenberg.”

The play begins in a crowded train station in London, where eccentric, lisping Georgie Burns (Parker) runs into introverted old-timer Alex Priest (Arndt). After a very awkward, yet comical meeting, Georgie runs into Alex again at his butcher shop, and the two are soon in Alex’s bedroom, post-coitus. What follows is what could either be an unlikely tale of an old man finding love for the first time in over 50 years, or a tale of deceit by a young broke woman hoping to obtain money. 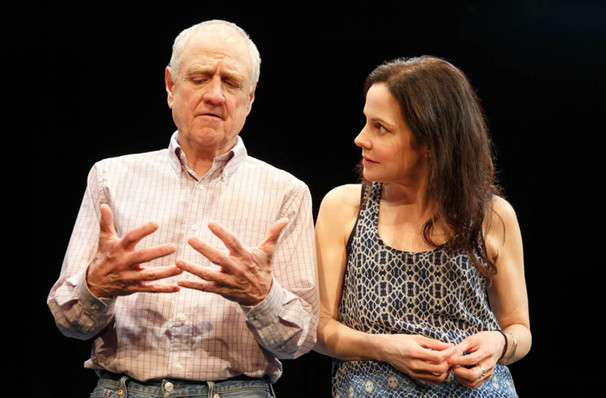 Both of the actors are terrific in their roles, with Arndt displaying enough sincerity and pain in Alex we can’t help but wonder why he wasn’t given the Tony. Ms. Parker also stands out as a hilariously charismatic Georgie. She commands the stage with such a force, its nearly impossible to take your eyes off her for a second.

While the performances are nothing short of spectacular and the story is satisfying, one can’t help but feel a tad cheated by the marketing for the production. Nearly every poster and flyer for the play describes it as a “thrilling drama”, when it’s actually more of a romantic comedy. Despite this, Heisenberg does come strongly recommended.

“Heisenberg” runs through August 6,2017 at the Mark Taper Forum. Tickets may be purchased at www.centertheatregroup.org.