As opening night is quickly approaching, stars like Rose McGowan and Jennifer Morrison are set to make an appearance. The annual short films festival will begin August 13, while continuing on until August 22. HollyShorts will occur at the TCL Chinese 6 Theaters and OHM Nightclub in Hollywood. 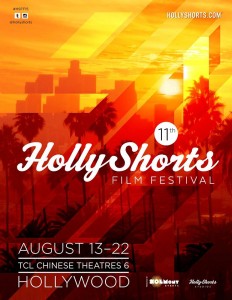 This year, HollyShorts received 2,300 submissions worldwide. In other words, this year’s event will be the biggest HollyShorts in the making. In addition, the Grand Prize winner will receive a $15,000 cash prize from Zype—a cloud-based video technology service.

If this year’s event doesn’t sound exciting enough, festival attendees will have the opportunity to see a clip from Eli Roth’s much anticipated film The Green Inferno during the opening. Roth’s upcoming film will be released in theaters on September 25. In addition, HollyShorts opening night will debut a great lineup of short films—including Jennifer Morrison’s Warning Labels.

Will you be in attendance for this years’ HollyShorts Film Festival? Also, what short films are you most excited to see? Leave your comments below!