The Hollywood Film Awards Lead Us Into Awards Season

Last night, the 22nd Annual “Hollywood Film Awards” brought together Hollywood’s elite to honor the year’s most talked about, and highly anticipated, actors, actresses, films and those who help bring them to life.

The awards ceremony, celebrating its 22nd anniversary as the official launch of the awards season, was hosted by actress and comedian Awkwafina, and took place at The Beverly Hilton in Beverly Hills.  In its 22-year history, more than 320 of the world’s biggest stars and filmmakers have been highlighted at the “Hollywood Film Awards” and more than 130 of the honorees have gone on to garner Oscar nominations and/or wins. 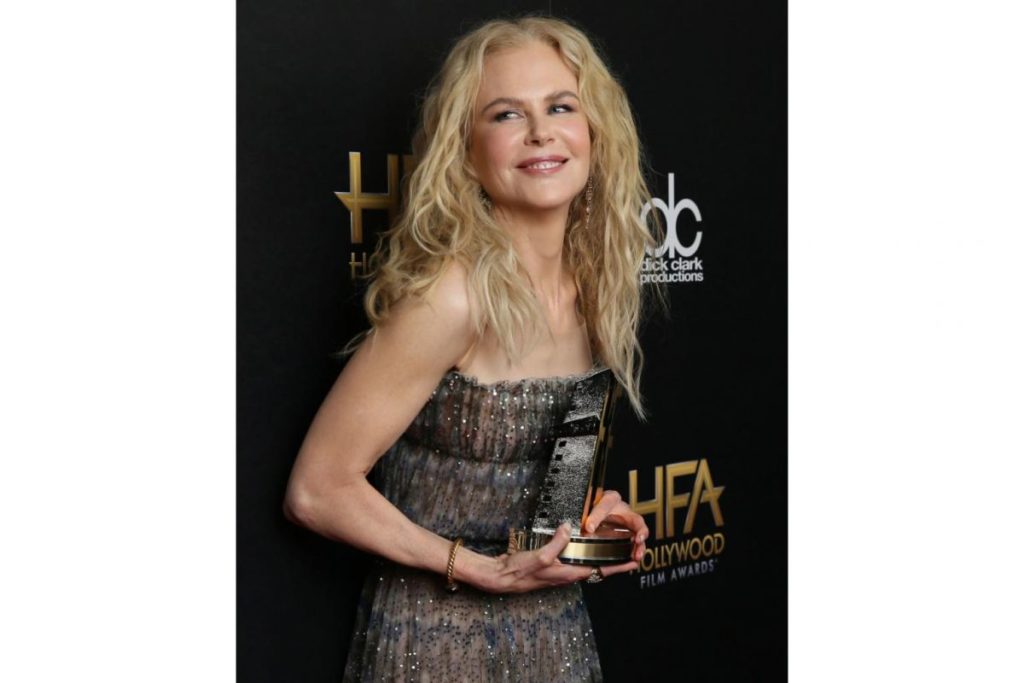 The night kicked off with Awkwafina’s biting humor, and was filled with many intimate and touching moments, as the honorees expressed their pride in their featured works. After a sincere introduction from Brad Pitt, Felix van Groeningen voiced his utmost gratitude to receive the “Hollywood Breakthrough Director Award” and to be lucky enough to make a film like Beautiful Boy. Brad Bird kept his “Hollywood Animation Award” acceptance speech short and sweet as he stressed the need to keep making animation films for “dreaming and for dreamers.” Ryan Gosling gave an impassioned speech on the marvel and genius of Damien Chazelle and presented him with the “Hollywood Director Award,” which Chazelle humbly accepted. Taraji P. Henson lauded the brilliance of John David Washington and his ability to make a period piece, that is still so relevant today, as he was honored with the “Hollywood Breakout Performance Actor Award.” 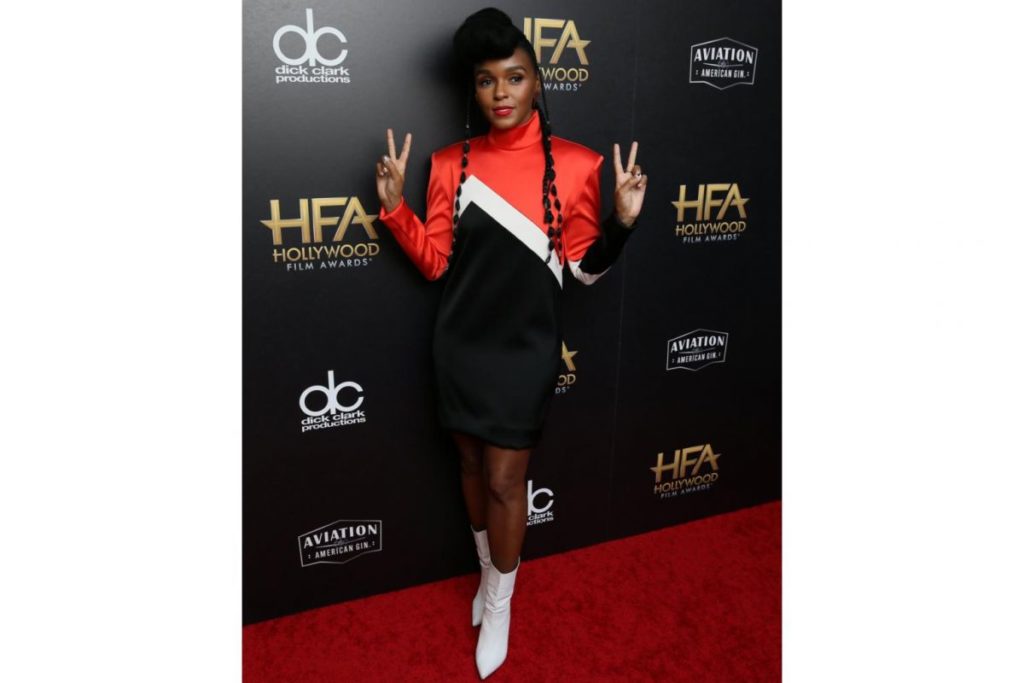 After accepting the “Hollywood Documentary Award” on behalf of Don Argott for Believer, Dan Reynolds performed an extremely emotional rendition of the documentary’s original song, “Skipping Stones.”  Danny Huston introduced “New Hollywood Actress Award” recipient Yalitza Aparicio who gave a touching speech in Spanish explaining that she hopes the “win of the performance is felt by the people of Mexico.” Anne Hathaway took the stage to present the “Hollywood Actor Award” to Hugh Jackman, applauding his many achievements including his “20 plus year juggernaut career,” his “sexiest man alive title,” and most importantly, “his widely known reputation for being the nicest guy in Hollywood.” Sterling K. Brown presented the award for “Hollywood Breakout Ensemble” to the cast of Crazy Rich Asians.  Several of the cast members including Constance Wu, Henry Golding and Michelle Yeoh, remarked at what an incomparable experience they’ve had making this film and how impactful it has been to be able to share this story with a fully Asian cast.

Janelle Monáe was on hand to present Amandla Stenberg with the “Hollywood Breakout Performance Actress Award,” and shared with the room what a fierce and fearless woman Amandla is growing up to be.  Stenberg expressed her hope that the film, The Hate U Give, encourages people to stand up and be heard. Christian Slater presented Glenn Close with her “Hollywood Actress Award” for her unparalleled performance in the upcoming film, The Wife.  Close received a standing ovation before thanking all of the members of her team and all the filmmakers for staying with her throughout the entire process.  Michael B. Jordan came out to recognize Black Panther producer Nate Moore and director Ryan Coogler with the “Hollywood Film Award.”  He spoke to his experience both making and seeing the movie, saying that “for everyone with African roots, it spoke to us on an intensely powerful level.” 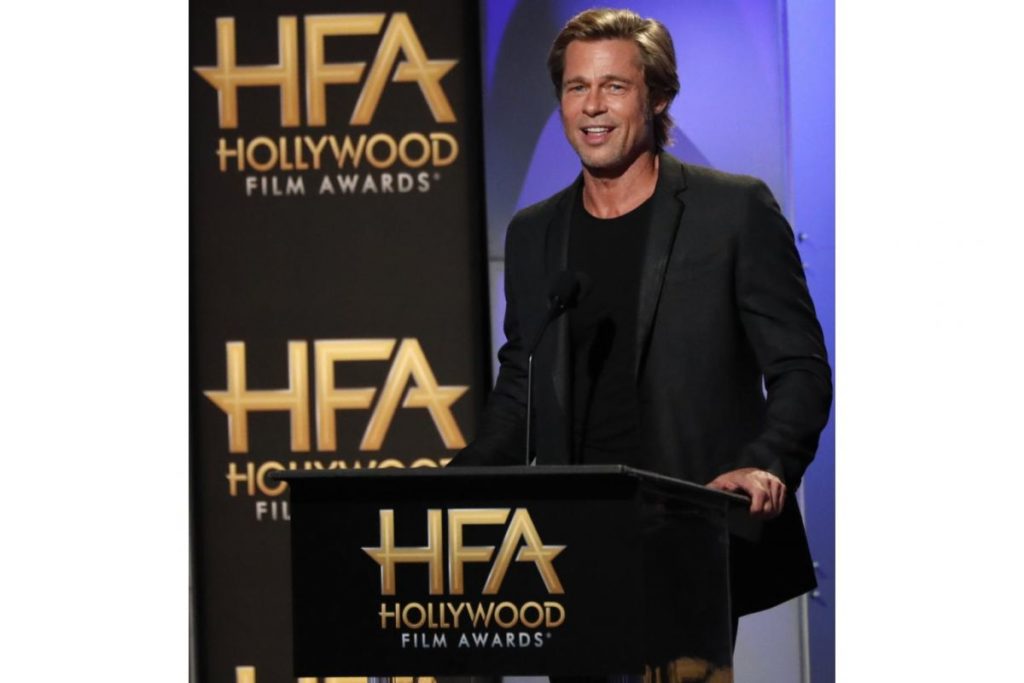 The final award of the evening went to “Hollywood Career Achievement Award” recipient Nicole Kidman, and was presented by Kidman’s co-star Shailene Woodley who was overwhelmed with gratitude that their lives crossed paths.  Kidman was welcomed with a standing ovation and thanked those in the room and in the industry for allowing her to play the women she’s played and tell their stories.  She vowed to “always give back to her craft!”