Since it has gone viral that Harvey Weinstein was an open sexual harassment ‘secret,’ Hollywood has been cleaning house. We wake up daily waiting to see who the machine will clean out of its coffers.

Man, Woman, LGBT, or not, stars, assistants, and executives are coming forward over their experiences with abusive work relationships. In turn, this is the first time we’ve seen Hollywood clean house of its offenders, en masse. The Weinstein Company voted Harvey out, followed by revelations against Kevin Spacey who showed the world there actually IS a bad time to come out of the closet.

Netflix announced House of Cards ‘ final season with the death of Spacey who will not be featured. In a stunning move, ‘All the Money in The World’ Producer/Director Ridley Scott has announced: his film, which has wrapped filming has ALSO dropped Spacey. His parts will all be reshot with the cooperation of the films co-leads and his role has been recast with Christopher Plummer.

In case you missed these headlines, Amazon Studios has also fired its executives over harassment, and APA has lost clients over their agent accusations of pedophilia. Hollywood is cleaning house and taking names. The casting couch may finally come to a total and complete stop within this generation. 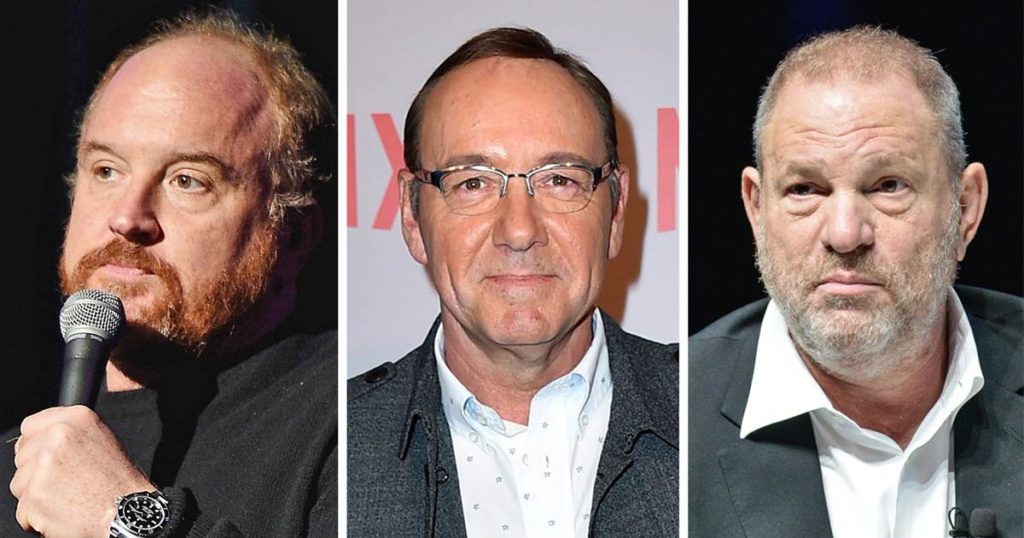 Portia De Rossi has come forward with accusations of sexual misconduct against Steven Segal, and most recently, Ellen Page has revealed her experiences with Director Brett Ratner. Before filming ‘X-Men: The Last Stand’ Ratner openly told a fellow actress to “Fuck her to help her realize she’s gay.” The dominoes are falling.

Even comedy can not escape this darkness! Louis C.K. has been accused of terrible misconduct and harassment and has issued a statement confirming the allegations and apologizing. However, to many, the apology was a slap in the face to the victims and insinuates the women were attracted to him, and therefore prompted his behavior. We know. We’re all rolling our eyes in the office. Luckily, FX wasn’t rolling their eyes or turning a blind eye. They’ve cut all ties with Louis C.K., so have his Agent, Manager, Publicist, and film studios.

What do you think of the Hollywood scandals currently coming to light? Do you have a story? More than anything in this time of upheaval, it is important to remember your well being. While the victims coming forward are brave, they are also vulnerable. If you are in need of guidance, Women in Film has announced they will be launching a help line for women or men who are victims of harassment and abuse.

We hope the recent revelations bring about a total and complete systematic change for Hollywood, and awareness that this issue permeates all industries.