Flamin’ Hot Cheetos took over Madera Kitchen in Hollywood for an exclusive three day pop-up for cheeto lovers. We had a front row seat to cover the event. Here are some of our favorite choices from our meal: 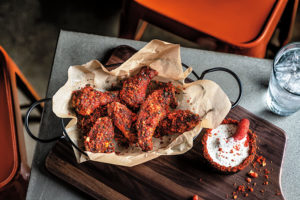 The wings were a particular favorite of ours! A must replicate for tail-gate parties. 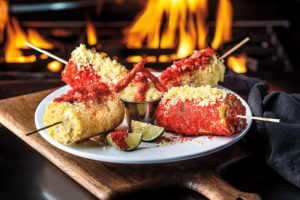 If you only got one thing off the menu, this would be it. The Elotes were to die for! 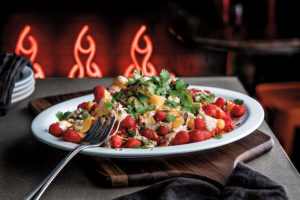 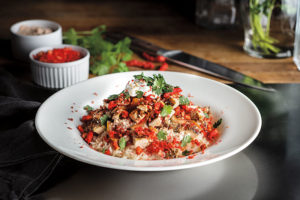 This was the most filling item we had on the menu. We certainly enjoyed the rice, chicken, broccoli and Flamin’ Hot Cheetos Combo. We feel like this is something you could get away with eating more than once. It was delicious and didn’t feel like a complete sin.

If we could fill a bathtub with these babies we would. The Churros were a dream we didn’t even know we were missing.

Let us know what you think. Did you get a chance to snag an elusive reservation to the event? If you didn’t don’t feel bad. The reservations sold out in just under an hour! We hope Frito-Lay decides to bring it back for another round, due to it’s overwhelming popularity.  At the very least we wouldn’t mind the exclusive Jalapeño Cheetos awaiting all guests at the table for an exclusive snack to be made available at stores nationwide. Would you like to see it extended past a three day pop up? We’re not complaining the puffy Cheetos nachos were the best! In the meantime pop by our official Press Pass LA Instagram, for our photo selects of the evening.

Fun fact for all you Flamin’ Hot Cheeto lovers:

The Creation Story of Flamin’ Hot Cheetos Is Becoming a Movie: The biopic will be centered on the snack’s inventor and former Frito-Lay janitor Richard Montanez