It’s that time of the year again where the lineup for the one the most star-studded music festivals has been revealed. That’s right, PPLA fans…The iHeart Radio Music Festival has announced their official lineup for this years’ event!

This fall, Ryan Seacrest will host the two-day event at the MGM Grand Garden Arena and some of the A-list talent to perform will include Coldplay, Kanye West, Blake Shelton, and Demi Lovato.

On September 19, there will be outside daytime performances at the MGM Resorts Village. This will be the festival’s fifth year. For those who can’t attend the festival, it will be live-streamed on Yahoo! and iHeart Media’s radio stations.

Additionally, it will air as a two-night special on The CW on Sept 29 – 30. Tickets for 2015’s iHeart Radio Music Awards will go on sale August 1. 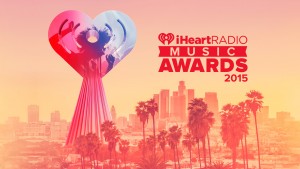 Are you planning to attend this years’ festival? If so, who are you looking forward to seeing? The iHeart Radio Music Awards will be from September 18 – 19.