The San Diego area welcomed a brand new 3-day music festival- Kaaboo Del Mar- to its area this weekend. And for those expecting it to be just another place for immature post-adolescent wannabe hipsters to flock, think again! 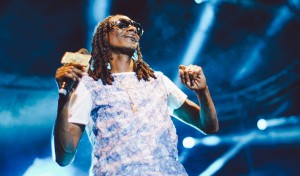 The festival brought some of the biggest acts of the last decade (or two…) — No Doubt, Snoop Dogg, Train, Counting Crows, and The Killers. As 311 played I couldn’t help but think “This is what 90s sounded like!” And the festival did a perfect job of catering to those of us from that era: veteran festival goers looking for an upscale experience with seats, comfort, and class.

I may as well compare Kaaboo to the quintessential Southern California music festival, Coachella, because it only seems fair for people shelling out $300 for a weekend pass to know what they’re getting themselves into. Apart from the 90+ degree heat that had almost everyone’s face blistery red, the conditions were far more pleasant in Kaaboo. Clean, premium porta johns, ample hydration stations, no piles of trash, and plenty of shade and indoor attractions made the humidity more bearable. The lack of camping at Kaaboo and addition of in-and-out parking meant people could leave and come back refreshed and ready for the evening acts. 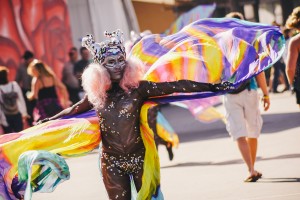 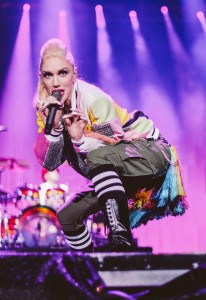 The stages were spaced apart just the right amount at Kaaboo, and a walk across the fairgrounds takes about 10 minutes. But stages were poorly marked, and a few people asked me at which stage a band was playing. Coachella is probably 4x the size and walking from stage to stage is a well thought out migration that leaves impulsive walkers exhausted before noon. And the comedy stage at Kaaboo was top notch, bringing big names like Tig Notaro, Iliza Shlesinger, Tim Meadows, Chris D’Elia, Lewis Black, and Joel McHale into its chandelier-lit tent.

I have to say overall the people at Kaaboo were friendly and respectful. Perhaps the festival is still in its nascent stage, and we’ll see flocks of LA’s finest miscreants come next year when word spreads that Kaaboo is a legit festival worth checking out. But for now, I was happy with it just the way it is.