INSIDE OUT A NEW CLASSIC

If any person of any age has ever spent time wondering what was happening inside their head, Pixar’s latest flick Inside Out is well worth a watch.

Though even if for some unexplainable reason you’ve never actually thought about what was happening inside your head, the movie is still worth the watch. And if you still need another reason to want to see it, then keep reading.

The story follows an eleven-year-old called, Riley. Right at the peak of her teenage years, Riley’s memories display her nurtured life as she began to find different hobbies she excelled in, to make friends, and to grow in her relationship with both of her parents. The whole time, her five emotions inside her head are in watching, each with Riley’s best interest at heart. Joy – who’s mission is to keep Riley happy, Disgust – who’s aim is to keep Riley from getting poisoned, Fear – who’s mission is to keep Riley protected, Anger – who’s goal is to ensure that Riley isn’t mistreated, and Sadness – who isn’t entirely sure how she contributes to Riley’s well-being. Together, the five are responsible for Riley’s memories where they work together in the Headquarters. 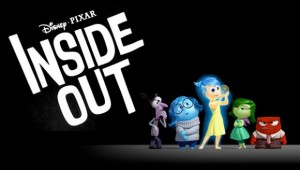 However after tragedy strikes and Riley’s parents move her to San Francisco, chaos begins to ensue between the emotions as everyone is adjusting to her new life. And when Joy and Sadness accidentally get sucked up, up and away from Headquarters, they must work against time to get back before something bad happens to Riley.

The film was an interesting and honest portrayal of human behavior, throwing in a few cracks here and there, bringing a shared amusement between both children and adults alike. Within Riley’s head, the screenwriters managed to incorporate just about every part necessary of what really does go on inside one’s head, including losing memories, a vibrant and tremendous imagination, and covering the dream portion as well, not being cautious to include how wacky dreams can be!

In addition to all of that, the animation was spot on. The five emotions in particular were excellently crafted by the animators, successfully breathing life into their personalities just by their appearances. The personalities of each emotion were perfectly separate and clear, giving the film a graceful and polished feel to it.

What was also interesting about the movie was the reflection aspect that the film imprinted on viewers during it’s running time and leaving the theater afterwards. The movie itself required the audience to subconsciously think about their own emotions in order to properly empathize with Riley’s character. And although adults can think more intricately, everything was simplified for children to be able to grasp the concepts of how joy, sadness, anger, fear, and disgust govern their own minds based off of how the characters governed Riley’s.

The story is one that kids will definitely resonate and relate with in regards to how they view themselves, the relationships with their friends and family, and right down to their picky eating habits for example. In fact, adults will also be particularly in tune with those three things to take from the movie as well!

With absolutely nothing to complain about, it’s safe to say that Inside Out is now a prime leading example in Pixar’s slew of classic family movies as it buzzes with decorated animation, color, a squad of bright Hollywood actors, and a successful plotline. And bonus, if you go watch it, a charming little Pixar short titled, Lava, will play before the film!