On April 10, 2015 at the SLS Hotel in Beverly Hills, Secret Room Events hosted a style lounge for nominees and presenters to get “red carpet ready” for Sunday’s MTV Movie Awards. 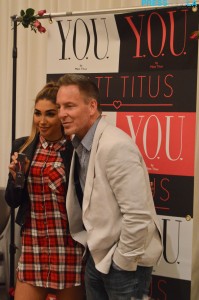 Charming could also qualify as childish just not in an immature way. For example, aloka SleepLights by Total Dreamz (a subsidiary of CompassCo) had their line of LED nightlights on display and they were adorable. Featuring animals and cartoon figures, the nightlights come with rainbow color cycling, a sleep timer and dimmer and are made to last 50,000 hours. It’ll be the last nightlight a child needs to sleep better at night, allowing the parent to (potentially) sleep just as well through the night.

Barb-A-Mel Books was also on hand featuring her line of I Love Mommy Because children books, a series that allows the reader to insert their own family photos or drawings into the book to help reinforce in young children the love that a parent or grandparent has for them. “My husband travels a lot for work, and I wanted my daughter to know that she was loved,” said Barb Lawson-Miller on the inspiration for her series. 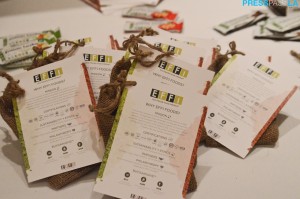 Charity was an overlying theme for the day as everyone was given the option to donate to Rock It 4 Reef, a charity for a six year old brain cancer survivor and warrior. Speck, a colorful line of phone and tablet covers, was having talent sign cases to auction off and give the proceeds to Children’s Hospital LA. The Underground Chic, while being chic, truly stood out more for their charm and charity. Ann Greenberg does her name justice by creating a line of bags and purses made from recycled plastic bottles and all vegan leather.

If that wasn’t enough, she is partnered with Trees for the Future and so for every bag that is purchased, a seed is planted. When I asked how many trees she’s helped mother into nature Ann chuckled, “A lot.” Another booth that crossed charity with chic was Anje, a NYC based clothing line that supports “timeless fashion” which both looks good and feels good. For every purchase made Anje donates an outfit to the homeless as well. “It’s an expensive brand, and we want to use the money from those who can afford it to help our city,” stated Angela Brasington, founder and CEO.

Matt Titus, a Manhattan matchmaker, recently released a woman’s fragrance collection called Y.O.U. According to Titus; Yourself is the line to inspire women to appreciate who they are, Outrageous is meant to bring back the passion in the relationship, and Unique reacts differently on each woman’s skin to create a unique fragrance for the individual. 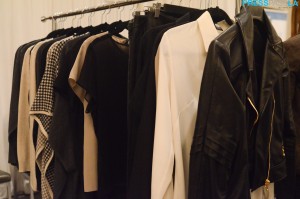 Wiley X, a family owned eyewear manufacturer, was showcasing their line of male, female, and unisex sunglasses (one pair was worn by Bradley Cooper throughout American Sniper) that not only look good but also exceed all occupational safety standards. Even if you’re day was filled with welding, shooting, and relaxing on the beach, one pair of Wiley X sunglasses will keep you safe and sexy.