iO West to Close Suddenly After 21 Years in LA

Second City’s name may be more widely known, the Groundlings more publicly associated with comedy superstars and Upright Citizens Brigade currently more hip and sexy, but L.A.’s iO West Theater is an undeniable bedrock of L.A.’s improvisational comedy scene, having cultivated successful talent and fostered a hard-working, socially cohesive community for 21 years. Yet, abruptly and shockingly, the esteemed institution is coming to an end this weekend. The final performances are scheduled for Saturday night, and the final class is scheduled for 3-6 p.m. Sunday.

“Without getting into the nitty-gritty, we didn’t make enough money, “ says Zach Huddleston, iO West’s managing director since October. “We hadn’t turned a profit in a while. It went from a mild deficit into a bigger deficit. We hadn’t paid rent in three months and that was the straw that broke the camel’s back.” 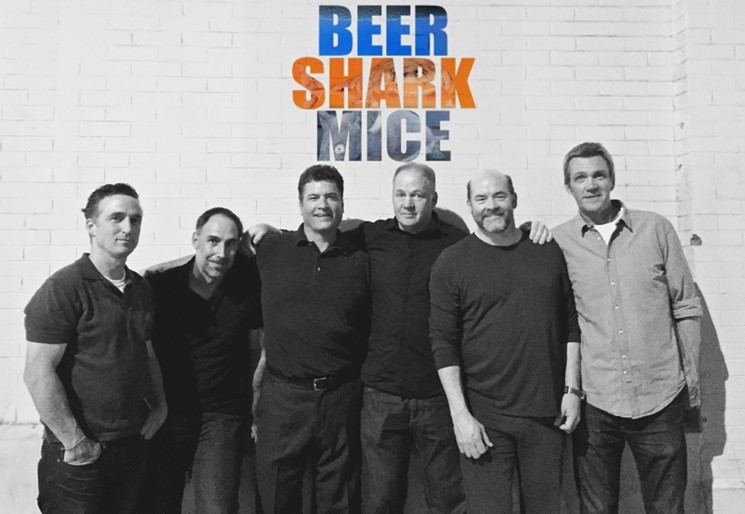 Throughout L.A.’s network of improvisational actors, entertainment industry professionals and comedy aficionados, the news has been met with sadness, wistful memorializing and a measure of blame and outrage. Some can’t accept that the organization, created in 1997 as the West Coast branch of Chicago’s famed Improv Olympic, and inhabiting its generous sized, multilevel Hollywood Boulevard space since 2001 (the same year Improv Olympic was changed to iO after a trademark lawsuit threat by the Interrnational Olympic Committee), could be suddenly unable to pay its bills.

“As I inherited the business it was operating at a loss,” says Huddleston, who cites the existence of abou two dozen reasons the theater/school/bar compound was on a collision course with insolvency. “The market has shifted, new theaters have opened up, UCB expanded. They’re running like a community college over there on Sunset. Even the tiny thing that people might drink less than they did years ago.”

iO West’s rent reportedly was up to $17,000 a month, a substantial sum for a place where show tickets generally run $5 to $10 and the eight-week “Introduction to Improv” class cost $300. In recent years, those involved with the place lamented the actions of the landlord, who put in a flashy nightclub next door that drew a sometimes violent and disruptive crowd — the club allegedly was shut down by LAPD Vice — and then rented rehearsal space directly under iO West’s stages to rock bands, with the music groups jamming during the theater’s shows.

But along with the bad news comes a retrospective look from those intimately involved with the institution, and a profound appreciation for the years spent there on- and offstage.

“It’s where I learned to improvise long-form and that’s the main thing, saying ‘yes and …’ to things, which is so basic it seems almost stupid, but it’s brilliant,” says comedian and actor Jim Coughlin, originally from St Louis, who paid for all his classes being an intern and designing iO West’s website.

“The lifelong friends that I had from Chicago that came out here [to L.A.] are brothers to me,” says Peter Hulne, an actor seen in Anchorman, Elf and a slew of other movies and TV shows. “And they always have been. When people get together and have been performing before, they love to play together.” 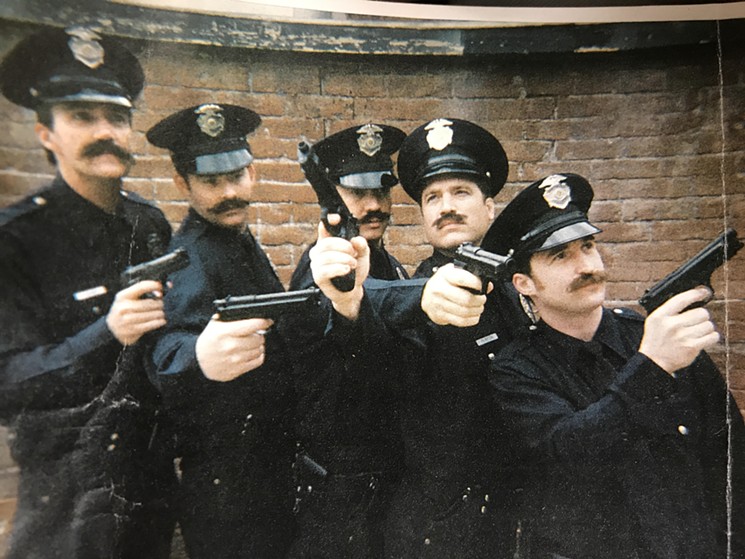 Hulne is a member of iO West’s and one of L.A.’s most acclaimed improv groups, Beer Shark Mice (BSM). Composed of Hulne, David Koechner, Neil Flynn, Pat Finn, Mike Coleman and Paul Vaillancourt, BSM has put on a long-form, unscripted wild ride many Saturdays at 8 or 9 p.m. for years on iO West’s main stage. (Their final show will close out iO West this Saturday at 8 p.m.; it’s sold out.)

BSM’s members also are known from their work on major movies and hit TV shows. Despite their success on the large and small screens, the improv crew’s vibe at iO West has always been of a bunch of jocular, exuberant buddies having a good workout — more like a funny rugby team than precious Hollywood artistes.

Coughlin recalls taking a commedia dell’arte class in iO West’s early years that became increasingly less attended, greatly upsetting the teacher. Near the end only a couple people showed and the teacher proclaimed that whoever didn’t show up wasn’t going to make it in showbiz. One of those who didn’t show up was actor and comedian Koechner.

What iO’s ex-Chicagoans always speak of, and what iO West tried to re-create, was a sense of doing hard work purely for the sake of the work, forming a familial, if sometimes incestuous, sense of lifelong community, and a working-class sense of staying down-to-earth, through whatever life brings. Back in Chicago, Hulne physically moved or built owner Charna Halpern’s stages at more than a half dozen bars when iO was still nomadic, before it settled into a comfortable space in Wrigleyville, and then into its current, larger home in the Lincoln Park neighborhood.

Similarly, iO West started its L.A. existence renting space in Hollywood’s Stella Adler Theater before moving to the Complex and then, in 2001, into its deluxe, dedicated space in a gritty but very up-and-coming stretch of Hollywood Boulevard between Vine and Cahuenga. It featured a larger 100-seat theater with upstairs balcony seating, the 70-seat Del Close theater in back, and the cozy, intimate 40-seat Loft theater up a back flight of stairs. The building also had decent classroom and backstage space, and the crown jewel, the full bar fronting Hollywood Boulevard, a well-used amenity that’s tough to come by in theater spaces.

“iO celebrates its members,” says Mike Coen, who moved to L.A. from Boston in 2000, not knowing anyone, and was told by a new acquaintance to take classes at iO, when it was still renting space in the Complex on Santa Monica Boulevard. “When you are in the bar and the TV’s on and someone’s commercial comes on, the bar stops and everyone starts cheering. It makes L.A. feel like a small town. When things don’t go your way, they help hold you up. People call it their Cheers.”

Coen mentions how when iO West members who’d hit it big came back to play, it was never “A celebrity is back!” but rather another dedicated regular hanging out at their old, comfortable stomping ground.

“You watch Neil Flynn or Eric Stonestreet on a TV show and then you’re onstage with them,” Coen says.

Another longtime theater member finding great successes is Meredith from The Office and half of the great iO-born lounge duo acttThe Lampshades, Kate Flannery.

“Sometimes great stuff happened and sometimes it didn’t,” says Flannery, currently on the Hulu show All Night, of her formative years onstage. “I didn’t feel this pressure — UCB and Groundlings are so connected to the business, I feel it deters some people’s process. There was more of a chance to be a bumbling artist and keep showing up” at iO West.

Flannery started iO classes in Chicago in 1989, mesmerized by larger-than-life improv guru Del Close, whose cult of creative personality is still revered by famous SNL cast members, late-night TV hosts and improvisers everywhere. Whereas Halpern, Close’s canny producing partner and co-author of the seminal Truth in Comedy: The Manual of Improvisation, was the organizational brains, Close is considered to be the mystical spark of long-form improvisation, famously known as the Harold.

“Del was the beatnik that we heard of, that we never met,” says David Razowsky, an integral iO and Second City member going back to Chicago, where he performed frequently with Steve Carell and Stephen Colbert. “He knew Lenny Bruce and Captain Beefheart. He read every book that was ever read.”

“For everybody that was part of this, it was never about the money,” Huddleston says. “Our cocktail servers, management, teachers, don’t make as much as they’d make elsewhere. There’s been so many people coming out of the woodwork saying, ‘How could it close? How could Charna do this?’ who haven’t set foot in there in six years. We don’t appreciate our institutions as much as we should.”

Hulne puts an appropriately iO West–ish philosophical spin on the closing: “People don’t like change but change is inevitable. It’s just like an improv scene. If you don’t have change, it’ll be a boring scene, a boring show.”

**** THIS STORY IS A REPRINT FROM LA WEEKLY. ORIGINALLY PUBLISHED BY ADAM GROPMAN