Is there a That’ ’70s Show reunion in the making? Sort of! Former cast mates Ashton Kutcher and Danny Masterson are teaming up for a new Netflix comedy show called The Ranch.

In this anticipated series, Kutcher and Masterson will portray brothers whom run their families ranch together in Colorado. So far, Netflix has ordered 20 episodes for the comedy show. Normally, Netflix releases episodes in 13-episode intervals. However, the online streaming service intends to release the episo 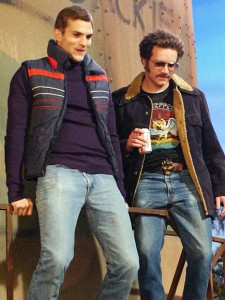 Don Reo and Jim Patterson—previous executive producers for Two and a Half Men—will serve as the shows creators. The show is slated to premiere early next year.

Are you excited for the mini-That ‘70s Show reunion on Netflix? Stay tuned for more details regarding The Ranch!