Soul-pop guitarist, Jackie Venson (28), performed at the Hotel Cafe here in LA Friday, March
2nd as part of a tour in support of her new album, Transcends.
For people who aren’t familiar with artist’s sound she describes it in three words: “R&B, Blues,
Rock.”
The album debuted on Relix Magazine and garnered attention from many artists, one of which
was Gary Clark Jr, an American musician from Austin, Texas, Dubbed: The Chosen One.
Venson toured with Clark throughout 2017 which gave her music a larger platform and
expanded her fan base. 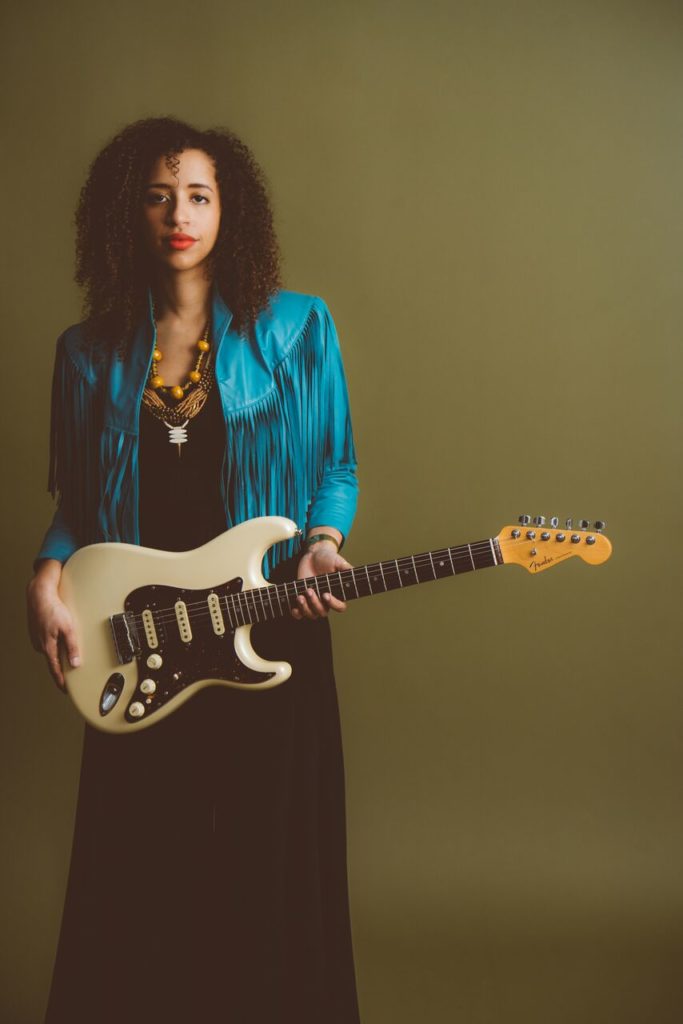 In addition to spreading her fame, she was also nominated as “artist of the year” for the Austin
Music Awards the Chronicle and Austin American Statesman. She also landed a guest spot on
The Late Show with Stephen Colbert.
“Being on the side of the screen that people actually watch was just crazy. I’ve always had so
many questions about variety shows and what goes on and being invited as a guest not only
blew my mind but answered all my questions,” said Venson pertaining to her appearance on the
Late Show.
She says her entire musical experience has went by quite quickly, starting from playing open-
mic night in the basement of a hookah bar in Harlem, New York to touring the country and being
guest starred on popular shows and opening for big names.
In a celebration of the recent Black History Month, the Soul-pop Blues artist was incorporated in
a long-time mural that pays tribute to Black culture and history, depicting iconic figures and
artists. The mural is featured on the East Side of Austin and adds to the  vibrancy of the
city.

“I felt like I was floating,” said Venson after realizing that she was sandwiched between great
figures like Prince and Tupac Shakur, it was a realization she detailed as unbelievably
gratifying.
The artist leans into her love of Blues music and talks about why it is her favorite genre and
influences not only her musical career, but also just the way she carries herself as a person.
“Blues is the roots of all American music, without Blues there would not be the rest of American
music,” said Venson. “Blues is the source of all music and you gotta start with the source before
you can master anything else.”
The genre adds to Venson’s smokey sound and couples well with the rock ‘n roll inclusion that
carries much of her tunes.

It can be hard for upcoming artists to gain traction in the LA underground scene, as there aren’t
lots of available venues for gigs when compared to cities like New York, Nashville, Philadelphia,
or Venson’s home city Austin.
“There isn’t much of a music scene in LA,” said Venson. “There’s no open mics, no jams, there’s
just no environment for musicians to go out and play live in front of people because of the heavy
presence of studio/production work.”
Venson claims LA’s lack of fluidity for musicians is strange to her because her medium has
always been open mics and live audiences.
Five years from now Jackie Venson says her career will have taken off.
“I will have a team of ten people, people will be paid and happy to be doing their jobs, and I’ll be
doing live intimate shows where the audience is made up 1,000 vs. 100,” says Venson.
The Blues artist tells her fans to “be themselves and cancel out negative shit,” if they want to
succeed. She is big on staying true to original sound and believes that stems from a place of
honesty with oneself.
She Shreds Magazine declares: “Jackie Venson is one of the most talented up and coming
blues guitarists of her generation. With a gorgeous singing voice, a guitar style that is both
dynamic and technically precise, and music that blends genres, she is one to watch out for.”