JANET JACKSON MAKES A HUGE COMEBACK & ON HER OWN LABEL!

Janet Jackson fans are doing a happy dance from the news of her making a huge comeback! BMG announced that after seven years, the music icon will be partnering up with them to release a new album on her own label, Rhythm Nation.

The partnership will allow for independent distribution and control of the music and making Janet the first female, African-American recording artist to form her own label. The new direction is a departure from her longtime home at Atlantic Records. 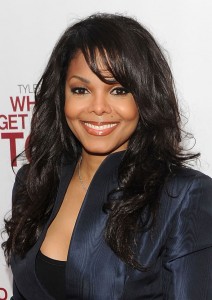 Janet plans to also bring on new and existing talent to the label. BMG CEO Hartwig Masuch said, “Janet is not just a supreme artist, she is a unique cultural force whose work resonates around the world. It is an honor that she has chosen BMG to release her long-awaited new album. We look forward to collaborating with her across every platform.”

With sales of over 160 million records worldwide, Janet Jackson stands as one of the best-selling artists of all time. Needless to say, this “worldwide partnership” will definitely put the superstar back on top in the industry. The as-yet-untitled album is set to release in Fall 2015.