SOAP GONE SUSPENSE: JON LINDSTROM EXPLAINS ‘HOW WE GOT AWAY WITH IT’

Jon Lindstrom is more than just a pretty face. This General Hospital heartthrob landed a place in our hearts with his good looks, charm and gripping character. But behind that pretty face is also a creative mastermind!

Lindstrom  is best known for his role as Kevin Collins on the ABC Daytime soap opera General Hospital and its spin-off Port Charles.  But since stepping away from soaps, this handsome fellow has been busy co-writing, producing and directing his newest film, How We Got Away With It.

This suspenseful, Indie thriller has already scored more than a handful of awards from recent film festivals, with laurels including Best of Fest, the World Premier Award and Best Thriller Feature Film. Jon spent a patient 2 and-a-half years creating the film and is more ready than ever to get it in front of suspense-savvy audiences.

When we asked Jon to describe the film, he tells us, “Inspired by the new wave crime dramas of the 1960’s and 70’s, How We Got Away With It, is a gripping, explosive tale of a young man and his friend’s violent reaction to an unexpected tragedy during their annual all-weekend summer reunion. It is a troubling and sometimes difficult piece about secrets, revenge and murder.” 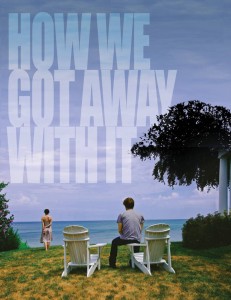 Will you check out this soap star gone murder-film maven’s new work? We sure will!
Check out the How We Got Away with It Facebook page for updates on when you can catch the flick at a theater near you.