Justin Bieber, the pop singer and model, can now add actor to his resume. Bieber has landed an opening appearance in the upcoming movie Zoolander 2.

Bieber will be one of the first actors seen in the movie, appearing in an action-packed sequence. “I start the movie off. [I’m] the first thing you see in the movie, which is pretty cool”, Justin Bieber said in an interview with Women’s Wear Daily. 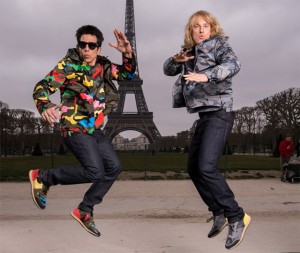 As a director Ben Stiller was able to bring out Beiber’s inner acting skills. Stiller also stars in the movie as Derek Zoolander alongside Owen Wilson as Hansel. Zoolander 2 is a sequel to its 2001 comedy, and is set to release under Paramount on February 12, 2016.