Have you ever watched a badass woman kick butt onscreen and thought, how did she do that? Most likely, the actress relied on a stunt double. Meet: Kate Boyer a seasoned stunt performer AND leading actress- a Hollywood rarity!

There are only a few females in the industry with the experience to lead big budget stunt scenes where the performer may only get one or two takes to get it right due to the high cost of expensive action scenes. That’s where pros like Kate Boyer come in.

Kate doubles for many of Hollywood’s leading ladies. Most recently she’s swung from a helicopter (Spider-Man Homecoming, out this July!), she’s been lit on fire multiple times, and completed life-threatening chase scenes on motorcycles! Her most recent work as a double was on TV’s Lethal Weapon reboot and the Christmas blockbuster Patriot’s Day (on DVD this April) starring Mark Wahlberg.

As an actress, she’s co-starring this month on the series Blue Bloods starring Tom Selleck, Donnie Wahlberg, and Bridget Moynahan. She is also the face of the new Expedia “Train” campaign which debuted during the Presidential inauguration and was featured in Adweek, with an important message about cultural awareness and acceptance.  We sat down to chat with Kate about what’s next for her career!

PPLA: Where are you from originally and how did you end up in Los Angeles? Did your career goals bring you here or was it by chance?

KB: I’m originally from Philadelphia. I moved to Los Angeles after a 3 year stint in NY where I sang in a Rockabilly band called, Drop The Lime. Nothing has ever really been by chance for me, I’ve created all my opportunities with a lot of blood, sweat, tears, and ramen. What brought me to L.A. was I had the urge one night in NY to move so I packed what I could carry and took a cab to JFK. Less then 24 hours later in L.A. I get a call from a director, Joe Carnahan, saying he was interested in a pilot audition I did months ago. I completely forgot about it, but all I could think was, thank you universe! I stayed in L.A. one month and then went to Pittsburgh to work on that pilot, Those Who Kill. I ended up coming back to L.A. permanently, living in my car until another friend offered his entire home! If there is a will, there is a way. So now it’s been 3 years in L.A., just bought my first home with a washer machine! (It’s the little things that count.) I couldn’t be happier, L.A. is magic if you find your circle.

PPLA: How did you first get into stunts and acting? What attracted you to each and did one appeal to you before the other?

KB: From an early age, I knew that I wanted to act, however, I had no idea how to make this dream a reality. While pursuing community theater in Pennsylvania and doing background work for TV, I learned that there were people working on sets that were my age (18). I met a Key P.A. and asked about helping out on set, but his face was glued to his phone. So I called him out on it and said “Look, at least I tried,” and handed him my number. I had already written it out for him on a napkin in case because I get it, they are busy people who never sleep! He ended up calling me and asking if I would like a job, but I was unable since I was beginning college at that time for photography and theater. However, he continued to call about jobs and eventually I started PA’ing. I discovered stunt performance while working as a production assistant on the TV show Rescue Me. People were jumping out of buildings, being set on fire, crashing cars; I was absolutely amazed by it and knew that’s what I wanted to do, acting and action performing. What’s the fun in playing an action hero if you don’t get to do the action?

PPLA: What current actors and stunt performers do you admire/emulate?

KB: I remember seeing Tomb Raider with my favorite, Angelina Jolie, and Kill Bill with Uma Thurman, knowing Zoe Bell was the bombshell badass behind all the action scenes. I wanted to know where all the other badass women were who were not only acting, but doing their own stunts. You always hear people talking about Jean Claude Van Damme, Donnie Yen, Bruce Lee, legends in mainstream cinema but I always thought, “Where are all the women?” I saw a gap in the industry and knew there was something big ahead. You see it now with the rise of female action heroes. 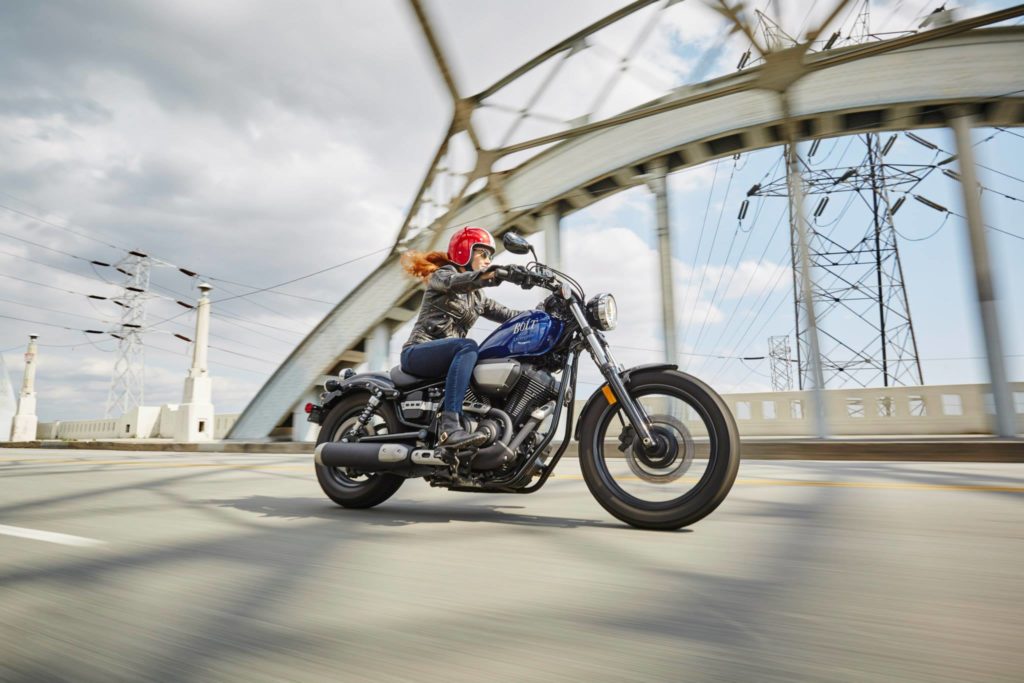 PPLA: What are some of the most difficult stunts you have had to complete? I actually have a great answer but I am unable to talk about it yet. You’ll just have to wait and see!

PPLA: What is the training like for stunts on a film?

KB: Training is very vigorous. Above all else is eating right. If you don’t eat right, you don’t last through training. Mornings begin at one gym and by the end of the day, you’ve been to three gyms! My favorite part is the boxing. I have a training coach for gymnastics, boxing, and fighting.

PPLA: Is there any stunt you won’t do and why?

KB: I could pass on water stunts but huge respect to those who do them! It’s funny because I’m scuba certified and have performed water stunts before, but it just doesn’t excite me. As a kid, my Dad taught me how to swim by dropping me in the pool. When I screamed for help he said, “you’re fine, you’ll figure it out.” I did. I haven’t been asked to do a stunt that I wouldn’t do yet, but never say never.

PPLA: What has it been like making the jump from stunt performer to actress?

KB: I don’t feel as if I am transitioning. I am both an actress and stunt woman. However, I do have to remind myself that the casting director could care less about my stunt work; they’re only interested in my acting ability.

PPLA: What are some of the roles you are most proud of?

KB: I’m proud of every credit, it’s hard to pick a favorite. When I first moved to Los Angeles, I worked on an amazing series called Those Who Kill. Also, I just had a role on Blue Bloods this past week that I’m extremely proud of.

PPLA: If you could play any type of role, what would it be?

KB: The underdog. I’d love to be a leading lady in a big franchise action film, that’s about real subject matter, not saving a princess from a tower.

PPLA: Dream collaborations: Actors or Directors you’d like to work with?

KB: Brit Marling and Joe Carnahan. Brit wrote and starred in the OA, I am just smitten! Joe Carnahan directed my first big production job so he has a special place in my heart. He just started a production company, and I would love to continue working with him. He is one of a kind, you have to meet him to know what I’m talking about. 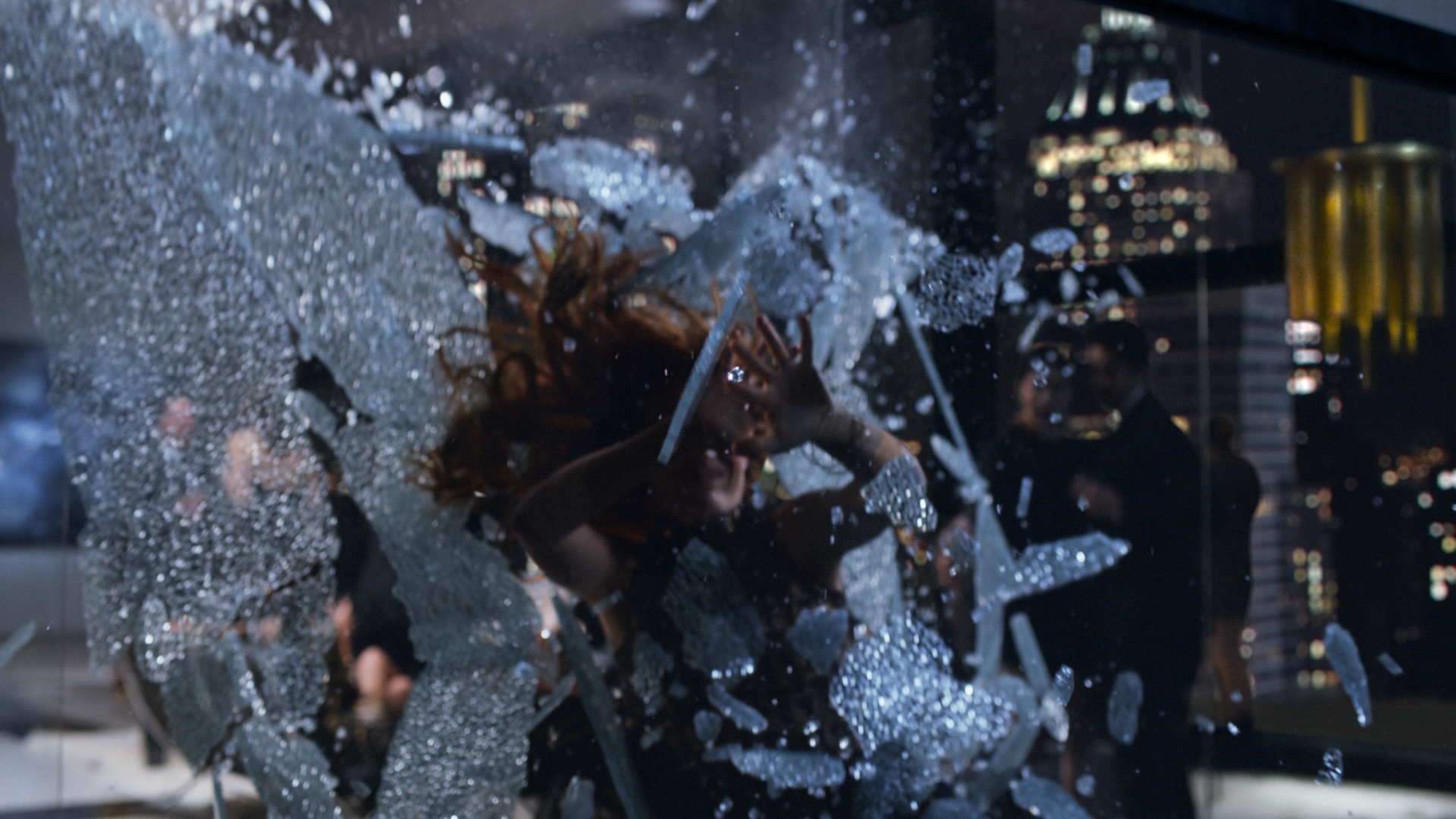 PPLA: Where do you hope to see yourself/your career in 5 years?

KB: I’ve reached the co-star point now in my career, and I am auditioning for guest stars and moving up the ladder. In five years, I definitely want to have my own action franchise! Wait, excuse me, I will have my own action franchise. I don’t need a lot of money, I grew up ok without it. I really want to help others. I want to help the girl who was me ten years ago just trying to make her way in Hollywood. I want to start speaking at public schools and helping inner city youth set goals for their future. I also have plans to open a juicing company in low income areas like where I grew up to help offer affordable and nutritional options to young people. It’s in the works and hopefully in 5 years, we will have a few locations.

PPLA: What advice do you have for other women thinking about the same type of career?

KB: That your biggest competitor is yourself. Don’t be overwhelmed when you walk into an audition room filled with 30 other people who look just like you. There is no other YOU.

PPLA: Can you share a moment where you almost gave up and what kept you going?

KB: So many times but I knew I would never give up. Quitting would equal death to me. I remember about a year after I moved to LA, there was a couple months I didn’t work and was down to my last few dollars. I had a pilot that wasn’t picked up and went from, “Holy shit, this is happening!” to “How do I pay my rent?” I was brainstorming, on my grind to exhaustion, and decided to go back to school because all I wanted to do was perform. I ended up getting AADA’s full scholarship. Again, if there’s a will there’s a way! Right before I auditioned, I received a letter from my mom which read, “Everyone has their own trail to the same destination.” Truth. It’s so important to share stories of keeping hope, it’s everything.

PPLA: Can you share a moment where you felt like you knew you were on the right track or had “made it.”

KB: Acting on set of Those Who Kill, hearing “action!” Then my first stunt job on the Ben Stiller film The Secret Life of Walter Mitty. It took me about 3-4 years of stunt training before I landed this gig. From there, everything took off.

PPLA: What comes to mind first: 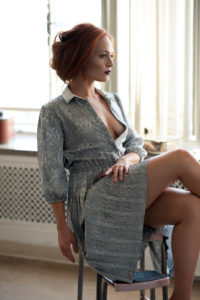 Favorite Song To Train To: This week it’s Bird Set Free by Sia

Travel Must Have: MUSIC! It’s a part of me; I need to feel the vibrations in my body daily, it just does something to me.

Audition rituals or superstitions: Saying, “I have so much joy to be here” before I walk in.

Random Trivia/Fun Fact about You: I can burp the alphabet!