The upcoming Harry Potter spinoff series Fantastic Beasts and Where to Find Them has cast Katherine Waterston to play the female lead.

The Inherent Vice actress will portray the character of Tina. Waterston will star opposite of Eddie Redmayne, who was recently cast as the films main character Newt Scamander. 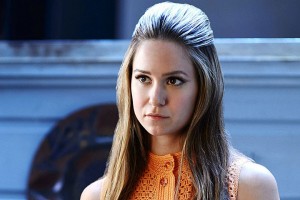 Warner Brothers has yet to announce the casting decision for two other prominent roles in the film—Queenie and Jacob. However, the studio intends to cast previously known actors as leads compared to using unknown faces like the Harry Potter series.

The prequel series is set to take place 70 years before Harry Potter begins. The story will follow Scamander’s journey through 1920s New York as he encounters other wizards and magical creatures. Fantastic Beasts will be filmed as a trilogy with the first installment released on November 18, 2016.

Stay tuned for more news regarding the Fantastic Beasts franchise!