Keurig hosted its first-ever Grammy after-party at The Continental Club in Downtown Los Angeles. The event featured a performance by Grammy-nominated R&B artist Bernhoft, and celebrated the release of Keurig 2.0, its newest line of home brewing equipment. 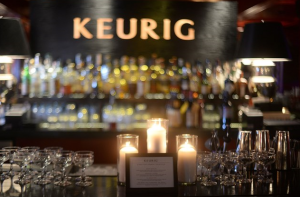 Inside the event, partygoers enjoyed dessert bars featuring delectable treats that complimented the unlimited supply of coffee and tea (provided by Keurig brewing machines, of course). A mixologist at the bar was also creating coffee-based specialty drinks for the evening including The Kentucky Coffee, La Dolce Vita, The Drink that Conquered the World and my personal favorite, The Nutty Russian (a White Russian with an espresso twist).

Bernhoft also performed 5 songs in the intimate venue, including his feel-good tune, “Come Around” (if you haven’t listened to it yet, stop what you’re doing and search for it on Spotify). 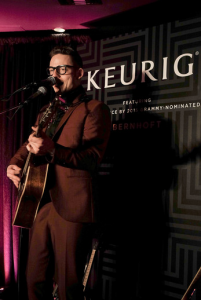 When asked to describe his overall Grammy’s experience, Bernhoft had one word: energetic. “I felt very humbled by [the nomination], but at the same time… I felt like in a strange way I belonged here.” And boy, did he belong at the Keurig after-party!

The energy he brought on stage was amazing, but it didn’t stop there. After his performance and interviews, attendees could spot Bernhoft dancing, celebrating and enjoying everything that comes with being a Grammy-nominated artist. As the evening came to a close, guests left with a special gift box including an engraved glass, recipe card for specialty drinks and a voucher for a free Keurig 2.0 brewer. 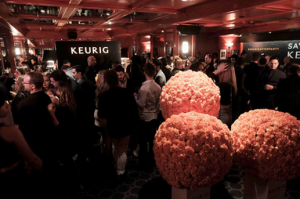 Overall, the event included a great crowd of fans, celebrities and industry professionals celebrating another successful year of Grammy nominations, performances and after-parties.