Sad news “Key & Peele” fans! The Comedy Central program plans to conclude its run after their current season. Keegan-Michael Key,
the show’s co-creator and star, confirmed this upsetting announcement exclusively to The Wrap on Friday.

Key and Jordan Peele made the decision to end their hit program, not Comedy Central. The two comedians believe it is time for them to venture down different paths in their careers. 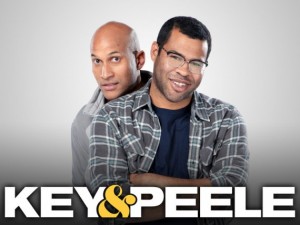 The fifth and final season has eight unaired episodes remaining. Are you shocked to see Key & Peele go? We are definitely going to miss this show!

Make sure to catch the remaining episodes of the farewell season Wednesdays at 10pm on Comedy Central!