The trailer also shows how the documentary will integrate animation into the story, much like director Brett Morgen did with his Robert Evans doc The Kid Stays in the Picture.

The film has already premiered at Sundance where it drew rave reviews. The documentary includes interviews with Cobain’s family members and close friends including bassist Krist Novoselic, and intimate home videos from Cobain’s personal life including time spent with his infant daughter, Frances Bean, who executive produced the film.

In addition to the film, director Brett Morgen teased that the release will include a companion book containing animation stills, rare photography and other treasures from Cobain’s personal archive, as well as a soundtrack featuring a “mind-blowing 12-minute acoustic Cobain unheard track.” 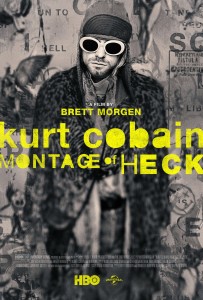 The film, like Cobain’s life, is not without controversy. A battle over the rights to Cobain’s material between Courtney Love and his daughter Frances Bean became very public (resulting in a restraining order against Love by Bean) and although Love appeared at Sundance to support the film, it’s been reported that her onscreen role has been minimized.

Both Love and Bean are scheduled to attend the film’s next showing at SXSW at the Paramount Theatre in Austin later this week.