Press Pass LA attended the LA Innovators Party, one of the hottest events in town. The event itself was branched off of the Silicon Beach Festival and geared toward the movers and shakers of the City of Angels. This private VIP event celebrated all the new entertainment startups and tech companies in L.A. including Promojam and Orangesoda.

With music from up and coming DJ Two Halves– featuring husband and wife team Shenae Grimes (of 90210 fame) & Josh Beech- the social elite got to party in style. The cast of MTV’s Buried Life were on hand to bring some celebrity into the mix as well.  It was fun to see the collaboration between actors, tech people,and writers all in one room. I always find it interesting when you can merge different people and different industries all in one event. 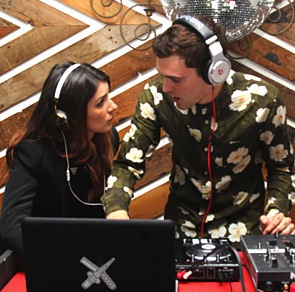 The evening kept its focus on benefiting entrepreneurs, something that Silicon Beach has plenty of but no one seems to know about anymore. In addition, the venue was gorgeous. I did not even know it existed. It always shocks me to see what new and cool places are opening up in Santa Monica.

Overall, I learned a great deal about some new and interesting companies and I hope to attend more blended events like this one. It was a great crowd and wonderful creative energy filled the air.