Brother/Sister duo The Fontaines recently made waves with the release of their live Cold War Kids video for Hang Me Up To Dry, but this band has more to offer than clever cover songs. In a recent conversation with Press Pass LA, The Fontaines (Charlotte & Hank) told us about writing their latest record, ii. “We wrote those songs when we were listening to a lot of new wave – The Cars, 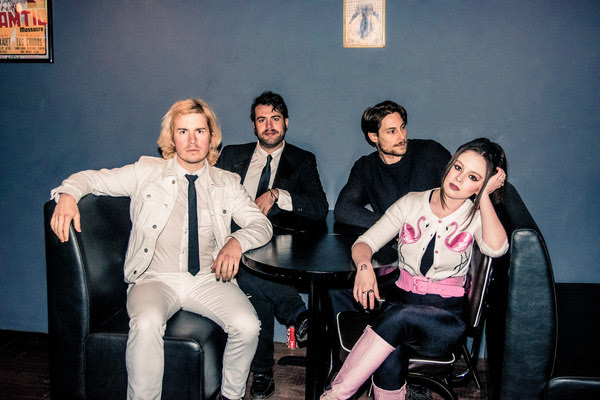 Blondie – we were kind of caught up on a phase of that music, but also found we were being influenced by The Pixies as well,” explained Hank, “We were emulating the music we liked – we weren’t setting out to create something high concept, the songs kind of fell out of us.” The EP is also accompanied by live videos which have been rolling out over the last few weeks.

The four track release of ii put the band on the radar of KROQ’s Locals Only, as well as some major festivals – most notably, an upcoming appearance at Austin’s SXSW in March. “We are in the beginning stages of recording a full album right now, so we won’t be playing around too much before South by Southwest, but we are really excited,” Charlotte told PPLA.

If you missed their latest gig at The Satellite, you can find out when The Fontaines will be playing in LA next through their social accounts below:
thatfontainesound.com
twitter.com/TheFontaines
facebook.com/thatfontainesound