Life is Visually Stunning But Predictable

Life, the latest sci-fi horror film from director Daniel Espinosa, takes a group of astronauts into deep space to see if there was ever life on Mars, and we end up with a story of why that life was snuffed out. But does the story have legs, or should it have stayed out in space.
The film stars six specialists on a mission of space exploration where they find one of the most important discoveries of the century: multi-cellular life on Mars. Even though the life is similar to our own – carbon based, needs food and water to survive – its appearance is different from what we would traditionally consider a dominant life form. Instead, it resembles a nearly transparent cross between a planarian and a starfish. However, before too long it violently escapes the lab, growing in size with each victim it claims. What’s more, this gelatinous mess of tentacles has human level intelligence, and has begun stalking each of the specialists not out of spite or malice, but out of a need for its own survival. Instead of being a typical “alien stalks humans because aliens evil” sort of story, we get a battle of survival between two dominant life forms from different planets, and only one can emerge as a victor.

This film has some remarkably stunning visuals. When the space station was shown in a wide angle, there were a lot of great opportunities to not only show the vastness of space, but the majesty of a heavenly perspective of Earth. 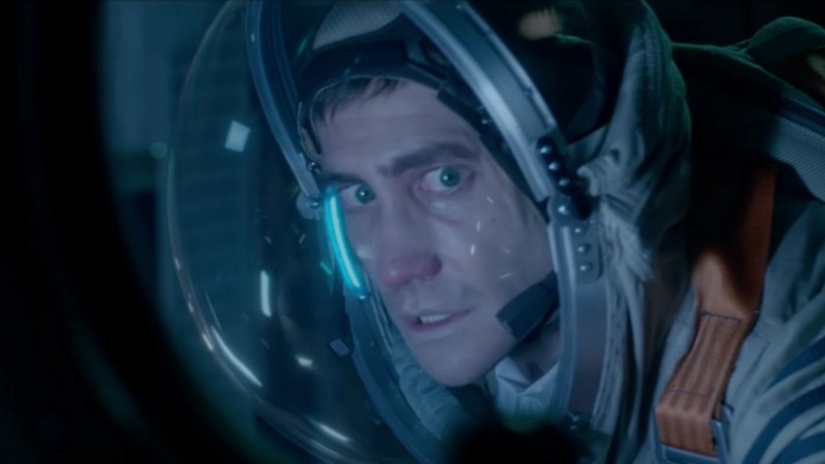 The most disappointing element of this movie would have to be just how clichéd it is. It has a remarkably ideal premise – being isolated in a struggle for survival with an alien life form aboard a space station with a progressively deteriorating status. However, this film doesn’t really bring much original to the table for its premise, creating a paint-by-numbers sort of film. The design and actions of the creature actually are somewhat original, as you would expect a Martian life to be, and it does create a very ominous presence even when it is on camera, but it isn’t quite enough to enhance the played out story.

The actors and actresses did a great job with the material they were given. Ryan Reynolds is given a chance to flex his acting muscle to prove that he is more than a smart aleck with a dirty mouth, Hiroyuki Sanada especially was impressive as Sho, and the last scene to show Miranda Ferguson was so real that it will move nearly the entire audience. Combine that with gritty but still smoothly integrated special effects as well as impressive practical effects, and it all adds up to be something pretty special.

One of the plot points that makes this movie a little more unique is one of the plot’s main elements: not only do the specialists have to survive against this creature whose species  is likely responsible for exterminating life on Mars, they have to keep the creature on the station. If it reaches Earth, there is nothing that will be able to stop our planet from the same fate that befell Mars. It adds a level of tension; the six of them have no choice but to do everything in their power to make sure that the creature doesn’t make it to Earth.

This movie was arguably the most frustrating film of recent memory. It had everything going in its favor: a tense premise that would leave most of the audience on the edge of their seat, a horror movie cast to die for, special effects to give Gravity a run for its money, and a creature design that is the love child of Geiger and Lovecraft. However, the story leaves something to be desired as it slogs along from checkpoint to checkpoint without challenging the audience or the status quo.

If you are a fan of classic science fiction horror films such as Alien and its subsequent sequels, then there should be nothing stopping you from seeing it, particularly on the big screen so you can appreciate the expert cinematography. However, for a casual viewer, the graphic nature of the few death scenes can be somewhat off putting, and the story leaves something to be desired.