Continuing its effort to bring convert all of its animated properties into live films Disney announced earlier today that it will be making a real life Winnie The Pooh movie.

Deadline reports that the company has hired Alex Ross Perry, writer/director of the recent indie film Listen Up Philip, to bring the story to life.

So far Disney has stuck to relatively straight forward concepts when it tries to bring its animated features back to the big screen but Winnie The Pooh is a very different beast both literally and figuratively. 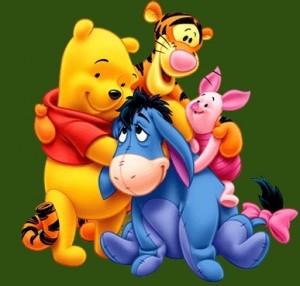 Fantastic creatures were all of the place in 2010’s live action Alice in Wonderland but the camera didn’t stay on them for very long. With Pooh the studio is going to have to bring in WETA or something comparable if it is ever going to look real on screen for extended periods of time. This is one of those make or break endevors for the company and a bit of a wild card.

The statements claims that the movie will follow an adult Christopher Robin returning to Hundred Acre Wood, which is an interesting approach. If done right it could end up being a great exploration of the characters as seen through fresh eyes. If done wrong it could easily be one of the most disturbing films ever made.

No release date has been set. Stay turned to Press Pass LA for more details as they come.