LOOK WHO WE SAW ON THE RED CARPET @ MTV VMA’S 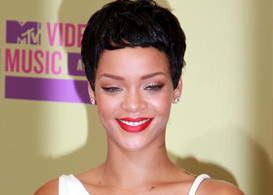 Who knew Thursday’s could be so hot! The MTV Video Music Awards and Fashion’s Night Out fell on the same evening which meant all the celebs were in town walking the red carpet. PPLA photographer Lynn Gettman caught the hottest styles  (and faux-paus’) over at  music’s big night!

Just prior to the start of the show, MTV’s Teen Wolf Holland Roden warmed up the red carpet as Demi Lovato wowed the outdoor crowd with a performance of “Give Your Heart a Break” before accepting her very own Moonman for Best Video with a Message. Then we were live from the Staples Center with host Kevin Hart who wasted no time getting in digs at the celebrities in attendance. His opening monologue included advice for the new Mom, MTV’s Jersey Shore star Snooki not to ‘spray her baby orange’ or give it a ‘Jersey Shore hairstyle’ and an attempt to make ammens between Chris Brown (who won Best Male Video)and Drake implying their feud over a thrown bottle in a club was merely a recycling attempt gone wrong! Luckily, all the celebs were good sports!

Some of the night’s best performances included Rihanna (who’s “We Found Love” won Video of the Year) taking the stage with A$AP Rocky and Calvin Harris to perform “We Found It” and “Cockiness (Love It)”, and Pink’s performance of “Blow Me (One Last Kiss)”. Lil Wayne took the stage to perform “Yuck” and “No Worries” with 2 Chainz and Green Day proved while their career has had such longevity, rocking the house with “Let Yourself Go”. Alicia Keys and Nicki Minaj (who won Best Female Video) sang “Girl on Fire” with the support of Olympic gold medalist Gabby Douglas. One Direction not only won a Moonman for Best Pop Video, but also got a kiss from last year’s Video of the Year winner, presenter Katy Perry, and made every girl at home swoon with their performance. Then Taylor Swift closed out the show with every girl-who’s-been-dumped new anthem “We Are Never Ever Getting Back Together”.

Visit MTV.com for the full list of winners and to see video highlights of the show!