Los Angeles: What To Do This Halloween Weekend

The weekend before Halloween in Los Angeles this year is an extraordinarily busy time with a plethora of events for everyone. With so many options we know it can be hard to narrow it down. Here are five of the best options for this weekend. 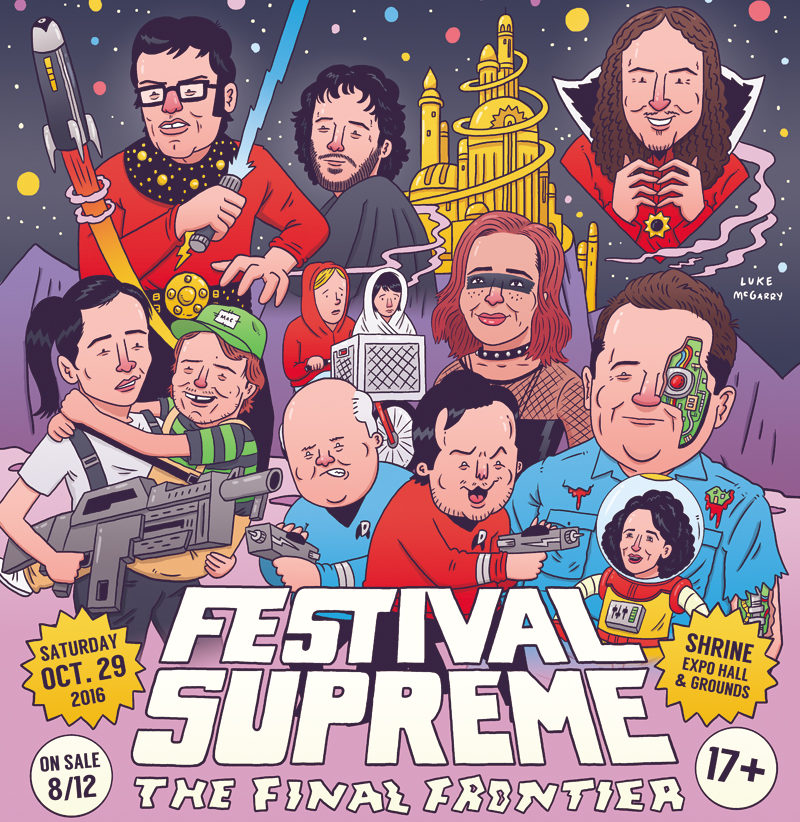 1.    Festival Supreme has become something of an annual tradition for a lot of people. The annual festival hosted by Tenacious D features many of the top comics today including Sarah Silverman, Patton Oswalt, Fred Armisen, Weird “Al” Yankovic and many many more. The event will be held Saturday October 29 at the Shrine Expo Hall and Auditorium. For tickets and info go to www.festivalsupreme.com. 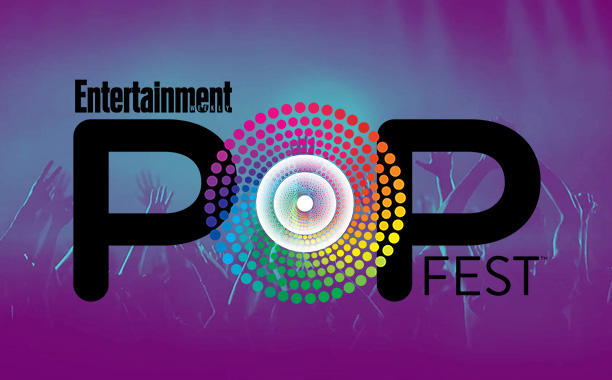 2.   EW Popfest is a festival that celebrates everything pop culture in movies, television, music, books, podcasts and many more. The lineup this year is absolutely outstanding. Stars apperaring this year includes Supernatual’s Jenson Ackles and Jared Padalecki, superheroes of the CW, Oscar Contenders roundtable with directors including Damien Chazzelle, authors Anne Rice and Terry McMillian, Eddie Redmayne presening footage of Fantastic Beasts and Where To Find Them, Anna Faris, Seth Rogen, Lea Michele, Emma Roberts, Jamie Lee Curtis, Kathy Bates and Cuba Gooding, Jr. in person with Ryan Murphy, Bob’s Burgers live, Happy Ending live, Chris Colfer, Jennifer Aniston, Kevin Smith, performances by JoJo, Nick Jonas, Tovo, R!ot, Janelle Monae and many, many more. The event closes with a 20th anniversary screening of Scream and tribute to Wes Craven with Kevin Williamson in attendance. There will be many more performers there. EW Popfest will be held Saturday October 29 and Sunday October 30 at The Reef. Tickets and more info can be obtained at www.ewpopfest.com 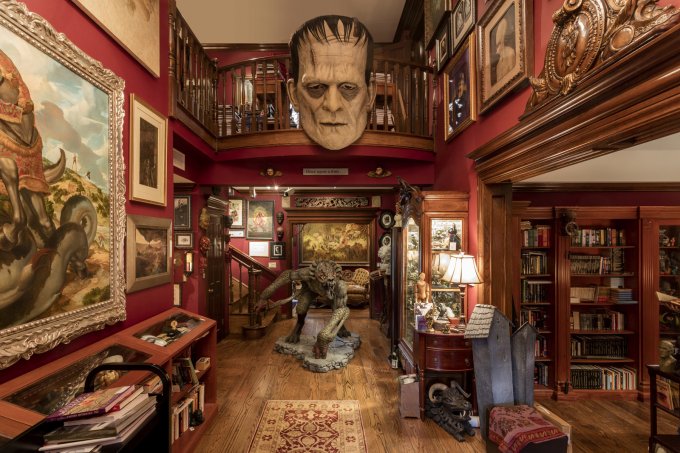 3.   For people who actually want to partake in something a little more gothic the weekend before Halloween, there is Guillermo Del Toro: At Home With Monsters exhibit at LACMA. The exhibit will include his collection of drawings, paintings,  and concept film art that will showcase the inspirations  and the imagination that have helped bring his movies to life. On Friday Oct. 28 LACMA will also host a special screening of Del Toro’s film Pan’s Labyrinth. Tickets and more information on the exhibit can be obtained here.

4.  Danny Elfman: Halloween at The Hollywood Bowl: “Tim Burton’s The Nightmare Before Christmas” will be a truly unique experience. Danny Elfman, Catherine O’Hara, Paul Reubens and Ken Page will all be reprising their roles and singing and performing with a live orchestra while the film plays in the background at the historic Hollywood Bowl. Performances will run on Friday, Saturday, and Sunday evenings. Info and tickets can be found here. 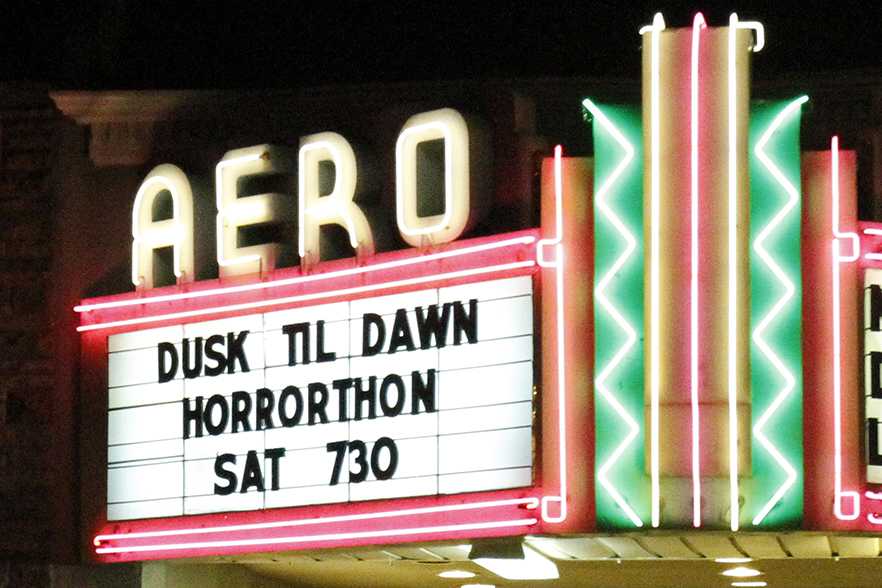 5.  This one is a bit of a cheat but for all of you night owls you have two competing horror movie marathons on Saturday night. At the Aero Theater in Santa Monica you have the 10th annual Horrorthon featuring the 1988 version of The Blob, Devil Fetus, The Entity, Phantasm II, Humanoids From The Deep, Hell Night, and Brain Damage. This is always a fun event. Tickets and info at http://www.americancinemathequecalendar.com/content/all-night-horrorthon. And at the New Beverly Cinema there’s Quentin’s Horror Comedy All Nighter featuring Love At First Bite, An American Werewolf in London, Beetlejuice, Modern Problems, and The Fearless Vampire Killers. More info can be found here. This event is sold out but there will be a standby line at the theater.

6. Rise of the Lanterns hits cities including NY, Boston, and of course, Los Angeles at both the LA Convention Center and the Fairplex in Pomona. This festival of jack ‘o lanterns includes thousands of hand-carved illuminated pumpkins creatively arranged along a scenic walking path and set to a musical score designed to bring out the Halloween spirit in visitors of all ages. 2016 celebrates  50 years for “It’s The Great Pumpkin, Charlie Brown” and new attractions like Finding Dory carvings! 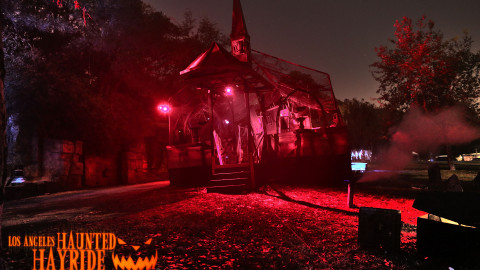 7. Los Angeles Haunted Hayride is for those seeking a scare! This year’s theme makes you a member of the Secret Society of Samhain, which means Halloween. The Secret Society of Halloween will bring guests down the dark road of the power and sacrifice that takes place in the shadows to bring the world their favorite night of the year. Upon entering the LA Haunted Hayride gates, you are a member. But which part of the Secret Society do you belong? The Elite or The Deranged?You will be judged and sent down the path of your status in this revolutionary twist that will send hayriders down one of two different paths, giving hayriders–which have now been declared “society members”–different experiences. Inside the gates of the society, members will bear witness to the clandestine lives of their faction and in a shocking turn, will be commandeered by the society and sent into an initiation, confronting the GHOSTS OF HAYRIDES PAST…ON FOOT, FACE TO FACE!! That’s right, for the first time ever, guests will leave the safety of the hay wagon. Upon returning to their wagon, society members will continue down the secret road of power, corruption, influence, tyranny, and evil, allowing members to see that this day is not all about costumes and candy. The ride also includes a the House of Shadows from the new film Ouija Origina of Evil. Enter if  you dare!PPLA checked out the star-studded opening night preview. Read our full review of the Haunted Hayride.

8. Dark Harbor returns to the Queen Mary! Join the ship’s cast of ghouls, spirits, and undead for an unforgettable, frighteningly authentic haunted experience. This attraction features six new mazes: Intrepid, Lullaby, B340, Soulmate, Deadrise and Circus! Fast Fright, VIP Passes, and Overnight Packages (with a stay on the classic Queen!) are available running through Oct. 31st. Check out our Dark Harbor experience on the haunted ship!

10. Weho Carnival takes place on the lively Santa Monica Boulevard between North Doheny Drive and La Cienega Boulevard on Halloween, Monday October 31, from 6 p.m – 11p.m (+ the nearby bars keep the party going late!) There is no better place to see thousands (the city expects nearly half a million guests) of the BEST Halloween costumes around! This year’s street theme is a celebration of the disco era including performances by:

BONUS! All three  local theme parks- Knott’s Scary Farm, Universal’s Halloween Horror Nights, and Six Flags Fright Fest are back. We visited Horror Nights which took over Universal’s lot with “The Purge: Election Year” as it’s main theme and brought you our Horror Nights experience! PPLA also had a behind the scenes tour of the Fright Fest which features new attractions like Suicide Squad and Aftermath 2: Chaos Rising. Check our our video experience above which was originally live streamed on the Live.me app.

So there you have it! Whether its festivals, movies, music, concerts or just scares, there is something for everybody this weekend in the city of angels.