Over the past two weeks, the L.A. art community had the opportunity to experience experimental celebration of the worlds of theatre, music, dance, and art at the Hollywood Fringe Festival. Press Pass LA had the pleasure of catching the final performance of one-woman show “But I Love Him” exploring domestic violence.

It seems like lately you can’t turn on the TV, scroll Facebook, or check out Google news without hearing a story of domestic violence.  The political climate is fully charged with advocates both for and against gun control which often comes into play among domestic cases and other violent crimes. Thus, the timing could not be more crucial for a performer to pull back the curtain on one of America’s biggest, often unseen, problems at home.

Performer Michelle Jewsbury created this daring one- woman show while in a a guided autobiography writing group. She soon realized hers was a story that needed to be shared to teach people the realities of domestic violence and the idea for”But I Love Him” emerged. 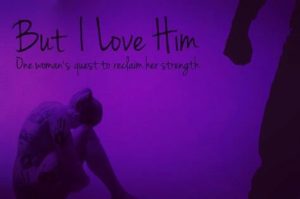 In this daring stage dramedy, Michelle opens up about the harsh realities of her personal experience and shines a spotlight on an all too common issue that both men and women face.  With her honest, bold and brave approach, Michelle, under the sharp direction of acclaimed solo artist and director Jessica Lynn Johnson, uses But I Love Him as an in depth exploration of the very raw cycle of abuse and what it means to be a victim.

In case you missed the festival, you can watch clips from the performance above and visit MichelleJewsbury.com for future dates.  Learn more about HollywoodFringeFestival. If you or someone you know is involved in domestic abuse you can reach out for help at The National Domestic Violence Hotline.