The world can be a dark and scary place. Luke Eve and Adam Grossetti, creators of Low Life, a new six-part web series that intentionally launched on the eve of Mental Health Awareness Month, know this very well. 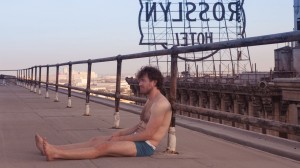 The comedic and heartfelt series shines a light on depression through the eyes of Jef, played by the talented Australian actor, Henry Nixon. On the surface, Jef is an average Joe; smart, successful, and often funny. On the inside, Jef constantly struggles with an infinite sadness he can’t seem to escape. When Jef’s best friend, Tom and girlfriend, Shelly jump in to help, the results are disastrous and often make Jef feel worse.

Laughing at Jef and his issues might make you feel bad or (admittedly) make you completely relate to him. Fans of dark comedies such as Sleepwalk With Me and Eternal Sunshine of the Spotless Mind should find all six episodes ridiculously entertaining.

One of the coolest parts about Low Life is that it took a trendy route by being created entirely outside of the studio system. Majority of the funding came through a grass roots crowd-funding campaign on Kickstarter. 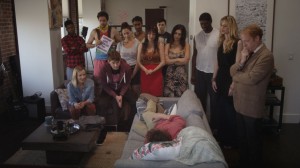 Outside of the great talents of Henry Nixon (The Pacific, Noise), the equally hot and Australian, Claire Van Der Boom (Hawaii Five O, The Square), plays the role of his girlfriend. The series also introduces an incredible soundtrack by Ween, Lenka, Mental As Anything, and other international artists.

As we all know, Hollywood is no stranger to the likes of depression. There are a ton of well-known celebs who’ve struggled with the issue, including Jim Carey, Jon Hamm, Sheryl Crowe, J.K. Rowling, Ashley Judd, Christina Ricci, Uma Thurman, Fall Out Boy’s Pete Wentz, Russell Brand, Emma Thompson, and Owen Wilson, to name a few. 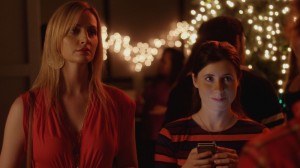 Hopefully viewers of Low Life will appreciate the creator’s creative attempt at making the “D” word a little less taboo.