Madonna has released a star-studded music video for her latest single “B**** I’m Madonna”.

Due to the star-studded lineup, the much-anticipated video has received remarks that it’s a copy of Taylor Swift’s latest video for “Bad Blood.” However, the only similarity between the two videos is the large amount of featured celebrities. 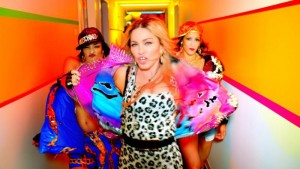 The Queen of Pop’s video features her singing, dancing, and partying with her A-list friends at The Standard—a well-known hotel in New York. Currently, the video is only available to Tidal users. However, it will available to the public shortly.