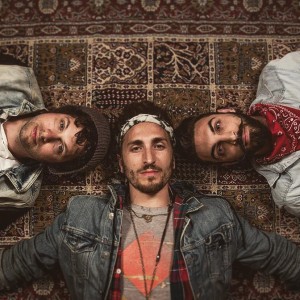 Coming off the release of their new single Set on Fire, LA based Magic Giant have been on quite the unique journey this past year.

While features on Spotify’s New Music Friday, Billboard’s “Artist on the Verge,” and NPR have driven attention to the trio’s music (Austin Bis, Zambricki Li and Brian Zaghi) their live shows have generated the sort of excitement you don’t hear about too often.

Lead singer Austin says that if he could hope for one thing from the band’s shows it would be that it brings people joy. “We have heard people say – this is the happiest show we have ever seen…we put a lot of thought into each show, we want it to be an experience.”

Having already sold out shows in LA, SF & NY, Magic Giant stands out as one of the only folk (rave-folk as they describe) bands, to my knowledge, who have inserted themselves into a sort of spiritual community, even playing yoga classes! “It was a highlight of the tour, the highlight for us as performers in general. 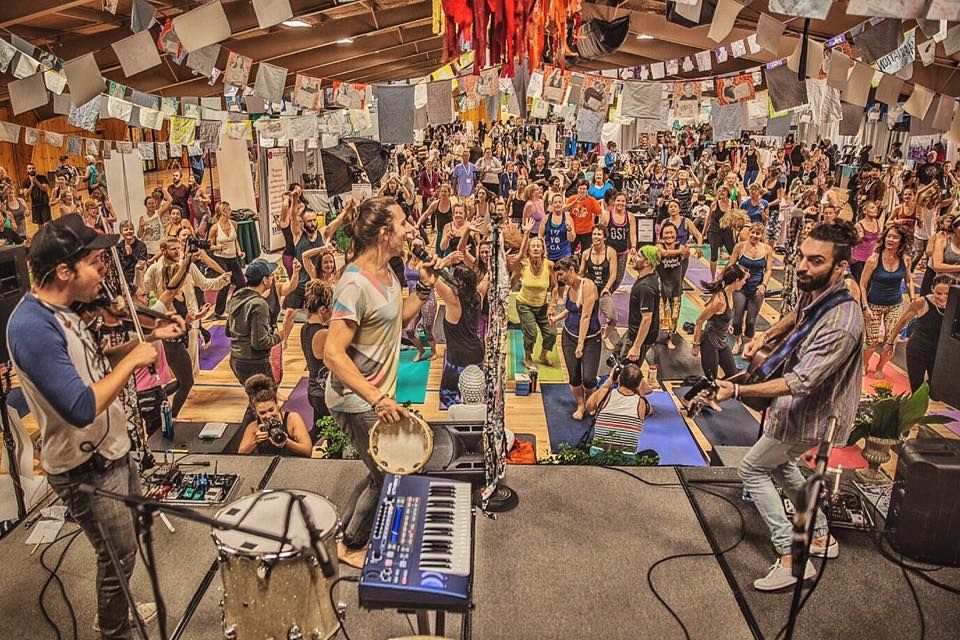 We hadn’t experienced anything like that – every single person was so present and engaged from start to finish – 300 people. We had been doing more standardized sets for the festivals we played, and this one we had to go into it with no preconceived set list or song structure, we just fed off each other – it was a wild kind of journey of a show.”

The same can be said for their new single, Set on Fire – a “wild kind of journey” interweaving various strings, drums and melodies. “For me this song is about how it doesn’t matter who’s to blame – we’re in this together,” says Austin, the chorus echoing the sentiments with lyrics like “Which one of us set on fire? / ’cause we both went up in smoke.” The trio produced the song as well as their self-titled EP that was released this year. “It’s very much a collaborative process between the 3 of us – we really enjoy doing everything ourselves.”

Magic Giant recently played a secret show at The Sayers Club, which they announced on their social media – over 300 were added to their guest list in only 2 days. As for the next LA show, fans will have to keep their eyes and ears open – “we want to be thoughtful about when we play LA, we want to make it special.” If you’ve caught the band in action already, you know that “special” is an understatement.