MALEFICENT SEQUEL IN THE WORKS

In 2014, Maleficent made more than $758 million worldwide and brought back the live-action reboot trend. Just in case you guys need a recap, the movie focused on Maleficent’s transformation into a villainess. 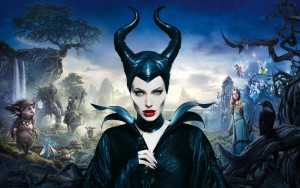 The question for many Angelina Jolie fans is: Will she return as the leading lady?  Screenwriter Linda Woolverton wants Jolie to return, but her involvement in the sequel would require a new deal. At the moment there has not been an official agreement between her and Woolverton.

Maleficent not only brought back Disney’s live-action reboot trend, but made more than four times its reported $180 million budget. For all the Angelina Jolie fans out there, keep your fingers crossed that Jolie will return as Maleficent.