Since the departure of Giuliana Rancic from E! News, many fans have been waiting for conformation of a new co-anchor.

Well everyone, the wait is over because Maria Menounos has been confirmed to fill Rancic’s vacated spot. On August 10th, Menounos will join the current nightly hosting team of Jason Kennedy, Terrence Jenkins, and Catt Sadler.

Not only will Menounos come on board of E! but Zuri Hall, Erin Lim and Sibley Scoles will be added to entertainment news program’s line-up. All of the experienced newcomers have different backgrounds and are sure to add diversity to the show. Hall hosted MTV network’s after shows and specials, Lim hosted E! News Asia, and Scoles hosted Revolt TV’s flagship music show Revolt Live. 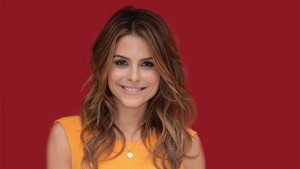 One thing is for sure, E! News will definitely be different with the additional hosts. Do you look forward to the new E! News?

Are you happy with the new co-anchor and correspondents?