It’s official! Marisa Tomei has been cast as Aunt May in the upcoming Spider-Man reboot.

With the announcement of this latest casting decision, it has received a large amount of backlash on social media from fans of the franchise. It’s not that Academy Award winning actress doesn’t have the acting abilities to pull this off. However, fans are deeming Tomei as “too young” and “sexy” to portray Aunt May. 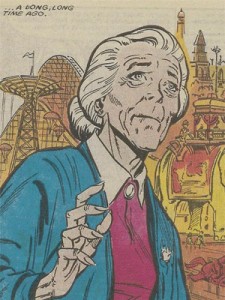 The original Aunt May from the comics.

Despite this news, the Tom Holland-starred reboot is expected to hit theaters July 28, 2017. Kevin Feige and Amy Pascal are set to produce the film.

How do you feel about Marisa Tomei being cast as Aunt May?