MARVEL HAS FOUND ITS NEW SPIDER-MAN

Today it was announced that Sony and Marvel Studios cast relative unknown Tom Holland to play Peter Parker/Spider-Man in the next set of Spider-Man films.  Jon Watts, director of Sundance favorite Cop Car, has signed on as the franchise’s director.

After a worldwide search, Holland has landed one of the most sought after rolls in the film industry with very few film credits to his resume. Despite this, Sony and Marvel studios were more than impressed with the young actor’s work in films including  The Impossible where he starred alongside Naomi Watts and Ewan McGregor. 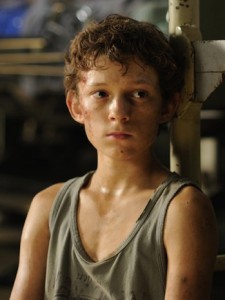 Holland is taking over the role from Andrew Garfield who in turn took it over from Tobey Maquire.  Now that the character is back under the Marvel umbrella (even if Sony is keeping a close eye on things) we are starting to get a clearer idea of the direction the studios wish to take the new franchise. A younger actor like Holland is a chance for a fresh start and a long shelf life as the web slinger.

The first film of the rebooted franchise will be released July 28, 2017. Holland will make his first apperance in Captain America: Civil War next year.

Are you excited for Tom Holland to play the next Peter Parker/Spider-Man?