The show is produced by Asylum Entertainment.  How will it compare to the hot show Empire? “We the real empire,” Master P claims. 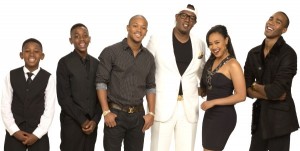 Master P is the self-made millionaire who founded the independent music label No Limit in the 90s.  Today, he focuses on new business moves as well as being a single father to Romeo, Veno, Cymphonique, Mercy and Hercy, whose ages range from 10 to 25 years old.

Deciding not to focus on the typical rapper lifestyle, Master P was strategic in choosing the Reelz Channel network as home for the show. He wanted a network that would allow him to share his love of God and giving back to the community. “This is something you never seen on tv before,” he says.  “I wanted to showcase a new beginning not what I have done in the past.”  Though his past is not the focus for this show, Master P speaks about an upcoming biopic on how No Limit was formed.