Hollywood headed to Houston for the weekend to cheer on their FAV team at Super Bowl LI, but before the Patriots and Falcons took the field, celeb fans got the party started early at the MAXIM Super Bowl Party 2017! 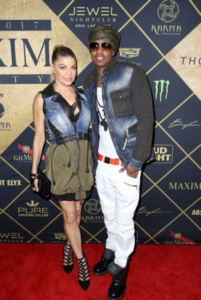 The MAXIM Super Bowl Party, presented by Thomas J. Henry and produced by Karma International, was held at the Smart Financial Centre last night in Sugarland, Texas. The venue is a state-of-the-art, brand-new facility in the greater Houston area, which accommodated over 4,500 tastemakers and VIP’s for this party.

Additionally, America’s favorite beer, and the official beer of the NFL, Bud Light, offered refreshing beverages for all guests to enjoy. Specialty cocktails were also provided by Absolut Elyx and Tequila Avíon. Champagne was flowing throughout the night courtesy of GH Mumm and Perrier Jouet. 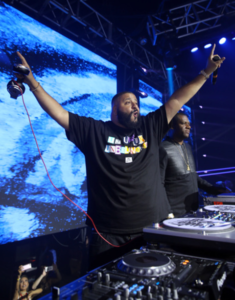 Zippo also had their “Zippo Car” on-site so partygoers could engage in fun and frisky photo opportunities. They created a custom one-of-a-kind MAXIM Party lighters that they gave away to select celebrities, influencers and VIPs. Further, The Jewel Nightclub from Aria Resort Las Vegas facilitated bringing Travis Scott to the MAXIM Party 2017 line-up to add to the over the top luxury nightlife style experience.

Lastly, VIP’s came to and from the party in Cadillac’s finest vehicles while our silent auction added a charitable component to the event, where proceeds benefitted the Tree Media Foundation, a non-profit organization committed to educating the public on environmental issues. In support of Tree Media Foundation, New Orleans visual artist Randy Leo Frenchette, better known as “Frenchy”, painted live on-site where his captivating artwork was auctioned off. Again, proceeds from the silent auction ultimately 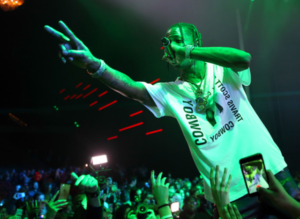