The stars were out in Culver City this weekend all for a good cause! Oscar nominated actors, musical icons, television stars and many more gathered for the Mercy for Animals Hidden Heroes Gala celebrating the organization’s undercover work. 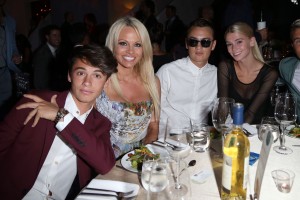 o cut ties with the organization and reevaluate their other farms. The gala celebrated and supported their work.

Watch our red carpet interviews above!