Met Gala 2017: The Good, The Outrageous, and The Downright Ugly? 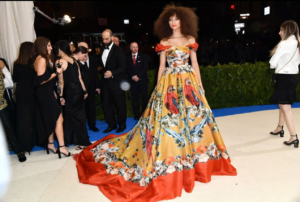 One of New York City’s most extravagant fashion events just took place on Monday May 1: the Met Gala. With its arrival, the world got a taste of what Hollywood’s hottest A-Listers brought to the table to honor Comme des Garçons’ creative director Rei Kawakubo.

This years event—hosted by Anna Wintour, Katy Perry, Pharrell Williams, Gisele Bündchen, and Tom Brady—brought a combination of wild and stellar fashion choices, as well as a slew of memorable moments as well.

With so many WTF moments ranging from fantastic to questionable, where do we even begin?

The Met Gala is all about striking and amazing fashion moments. Whether it’s the traditionally beautiful gown or the outrageously spot-on look, there is a place for it all within this fun annual gathering. Nonetheless, this year’s best dressed contenders offered a mix of both, but the more dramatic looks tended to catch our eyes. 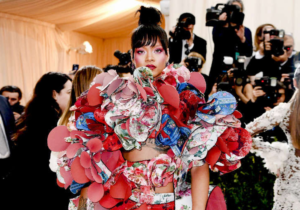 Rihanna will always be the reigning queen of the Met Gala for one simple reason: she can make any outfit work for herself, enough said. Since the Met Gala is all about bold fashion statements, this look works for this occasion (this isn’t something that could be teetered around an ordinary red carpet event). This 3D, floral, avant garde-esque dress is what this event is all about. Somehow, it just works! 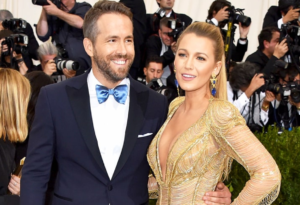 Blake Lively never fails to disappoint, and we would be absolutely shocked if she did. With her equally well-dressed husband Ryan Reynolds by her side, she was all the more unstoppable in her glistening Atelier Versace gown. With the vibrant blue end of her gown (which perfectly matches Reynold’s bow tie), she almost resembled a beautiful peacock. 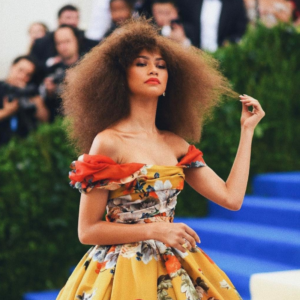 Zendaya, like Rihanna, is a fashion chameleon—they can both transform themselves into remotely any fashion look possible and make it work. From the effortlessly beautiful natural hairstyle that she rocked, to the flowing gown that seamlessly complimented her complexion, we absolutely adore this look.

Leave it to Priyanka Chopra (and Ralph Lauren) to make this look work.Who knew a trench coat could be high-fashion? Although her look gives us sexy detective and trench coat flasher vibes, it manages to take do so in a sophisticated manner. Therefore, major props to Chopra for easily taking a simple look to the next level. 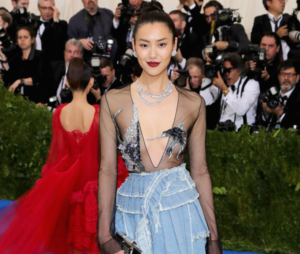 If you didn’t know who model Liu Wen was before, you will now. She managed to pull off two very different looks within her Met Gala gown. After Britney Spears and Justin Timberlake popularized the denim look (in a bad way), who knew denim could look so good on the red carpet?

Considering the Met Gala is an event that celebrates fashion, spectators ultimately never know what to expect. Likewise, there were some members of Hollywood’s elite that surprised us with their arrival looks. If we were surprised that they brought something more to the table, or we were surprised they held back on their gala look, then they probably made our short list. 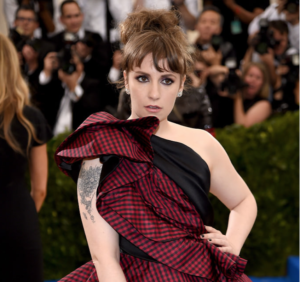 It’s safe to say Lena Dunham surprised us, but it wasn’t an unpleasant occasion. Since the former “Girls” star isn’t normally recognized for her fashion choices, she wasn’t initially on our radar for people to look out for at the Met Gala. Either way, Dunham—who openly trash-talked 2016’s event—stepped it up this year by sporting a custom Elizabeth Kennedy black and burgundy one-shoulder gown with Cartier jewelry. However, the look is still not perfect. If the shape of the gown was better, we would be more invested it. Nonetheless, we still want to recognize her efforts. 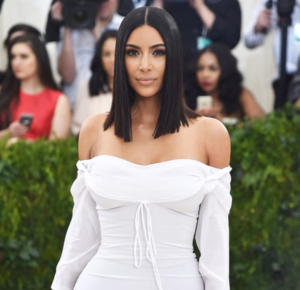 Kim Kardashian West quickly became one to keep your eye on within the fashion world. However, her bold and daring red carpet style did not arrive with her to this year’s Met Gala. Now, it’s not to say that Kardashian didn’t look good in her white Vivienne Westwood gown—she looked stellar. However, this look is a surprising turn for the reality star because it’s fairly plain when stacked up against her previous choices at the Met Gala alone. 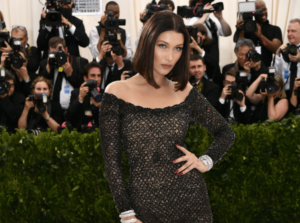 Since Gigi Hadid managed to bring her A-game, we expected her fellow model sister match. Yet, we were slightly disappointed with the turn out. Bella Hadid chose to wear a black, somewhat see-through Alexander Wang bodysuit to this year’s gala. It was an odd choice for sure, but not a horrible one. The body suit is flattering to her overall figure, and she makes the cat-like outfit work for herself, but it’s not one of our favorite looks by a long shot. It would’ve been better to see her within a look along the lines of her 2016 Met Gala appearance. Nonetheless, we admire her for not holding anything back with this look. 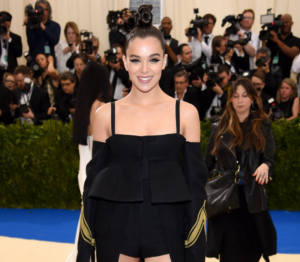 Hailee Steinfeld is generally a very fashionable young person in Hollywood. Although she looked adorable, her overall Met Gala gown had way too much going on. Naturally, we are a bit surprised because we expected more from the singer/actress. It isn’t terrible by any means, and we definitely like aspects of the dress/romper situation, but we aren’t exactly sure as to where she was going with this look.

When it comes to some celebrities fashion choices, some of the night’s star-studded guests played it safe. However, there were plenty of celebrities that were not afraid to go for highly dramatic—yet, slightly questionable—looks. We don’t hate some of these looks, per se. We wouldn’t dare to deem them as ugly, either—fashion is art. Nonetheless, it’s safe to say that there were a select few looks that definitely raised our eyebrow. 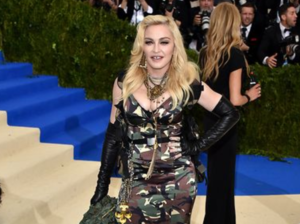 Oh, Madonna. We will always love the queen of pop, but her Met Gala choice was highly questionable to say the least. It’s not to say that the camouflage pattern can’t look good in a dress, but please show us five examples of it and then we can proceed. 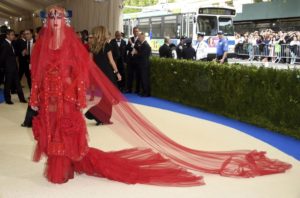 We admire Katy Perry’s efforts in sticking to the theme, but this gown tends to miss the mark quite a bit. The gown’s color is gorgeous. Regardless, with all of the giant flowers, the veil, and plethora of jewels placed upon the gown, we are extremely unsure as to what’s really going on here. 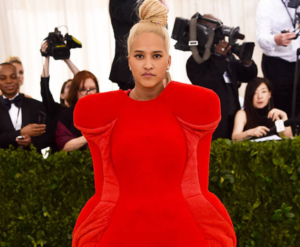 While we give Helen Lasichanh—wife to famed musician and gala co-chair, Pharell Williams—credit for staying true to the theme of the gala, we are not huge supporters of her fashion choice. We must admit, we do adore the vibrant red color of her outfit. However, we don’t enjoy the shape of it. Nonetheless, leave it to the internet trolls to come up with their own ideas of what her outfit resembles. 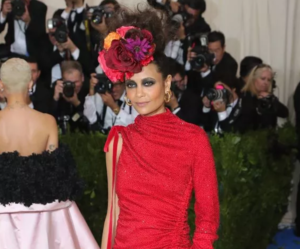 Everything about Thandie Newton’s look is wrong. If she didn’t wear the giant flower on the front of her head, it would have instantly made this outfit look 10 percent better. Yet, the dress is still not her finest work. But hey, she gave it her all.

Would Monday night’s Met Gala have even been considered a star-studded event if there weren’t random unexpected occurrences? Yes, however, these moments help to largely shape nights like these for the better. 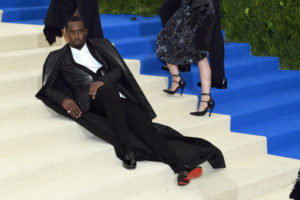 Whether he likes it or not (or even realizes it for that matter), Sean “P. Diddy” Combs just created the next viral meme of 2017. We get it. Combs may have been tired from all the Met Gala prep, but other than that, he doesn’t have much of an excuse to fall back on. For obvious reasons he’s not wearing heels, but he also doesn’t have an extravagant get-up on either. Therefore, let’s just let P. Diddy be P. Diddy.

I needed to go the bathroom and ended up famous.

Brie Larson once again wound up finding her way into the night’s “Best Picture” category. As the Oscar-winning actress was on her way to the bathroom, she ended up participating in a ginormous star-studded selfie. The picture included the likes of Kim Kardashian West, Kendall Jenner, Kylie Jenner, Frank Ocean, Lily Aldridge, Paris Jackson, P. Diddy, and A$AP Rocky. Chalk it up to good timing, but it’s safe to say that this picture will probably be a top contender for the most star-studded selfie of the year.