METRIC MAKES (OUR) DREAMS SO REAL AT THE PALLADIUM

Let us tell you about that time we sang on stage with Metric at The Palladium.

Since the early 2000’s, Metric’s Emily Haines, Jimmy Shaw, Joshua Winstead and Joules Scott-Key have been releasing consistently solid, genre-bending and lyrically stimulating records. Their latest release, Pagans in Vegas, is a synth-heavy reflection of what the band is capable of in terms of pushing boundaries, but Friday’s Palladium concert was a full-on rock show – delivered by one of the greatest (and often underrated) bands around. 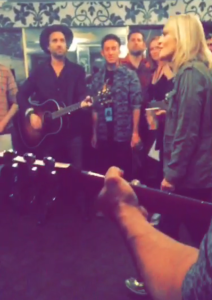 A glimpse into our VIP singalong.

I was lucky enough to get a VIP ticket to the show, which was one of the best experiences (if you have the option, upgrade)! The night started with a brief check-in to the VIP hosts (who handed me a VIP badge and Pagans in Vegas handkerchief) and the hard-to-not-dance-to sounds of Joywave. A little more than halfway through their set I headed to a VIP room, where Metric came out and shook every single person’s hand, listened to stories of life-changing events around their music, and genuinely seemed to want to chill with us all.

After some time the band grabbed their instruments and the group of us sang along to Dreams So Real, splitting harmonies. They then asked us all to join them onstage to do the same thing in front of the entire Palladium audience, and directed us when to get on stage during the set <insert giddiness>.

On to the show!

Metric opened with IOU, which felt completely appropriate. With Pagans feeling like a sort of slight left turn in a series of rights, the crowd consisted mostly of what seemed to be longtime fans. That’s not to say that I didn’t enjoy Pagans (For Kicks is one of my top songs) but the lyrics Say you’ve been with me /This whole time felt like a note to the fans, a sort of “hey, thanks for taking this ride with us.” Not to mention the ever-relevant commentary, Ten year-old enemy soldier/ Our falling bombs are her shooting stars. Maybe I’m reading into this too much, but it’s very exciting when a concert leaves you contemplating every single move and decision that was made. 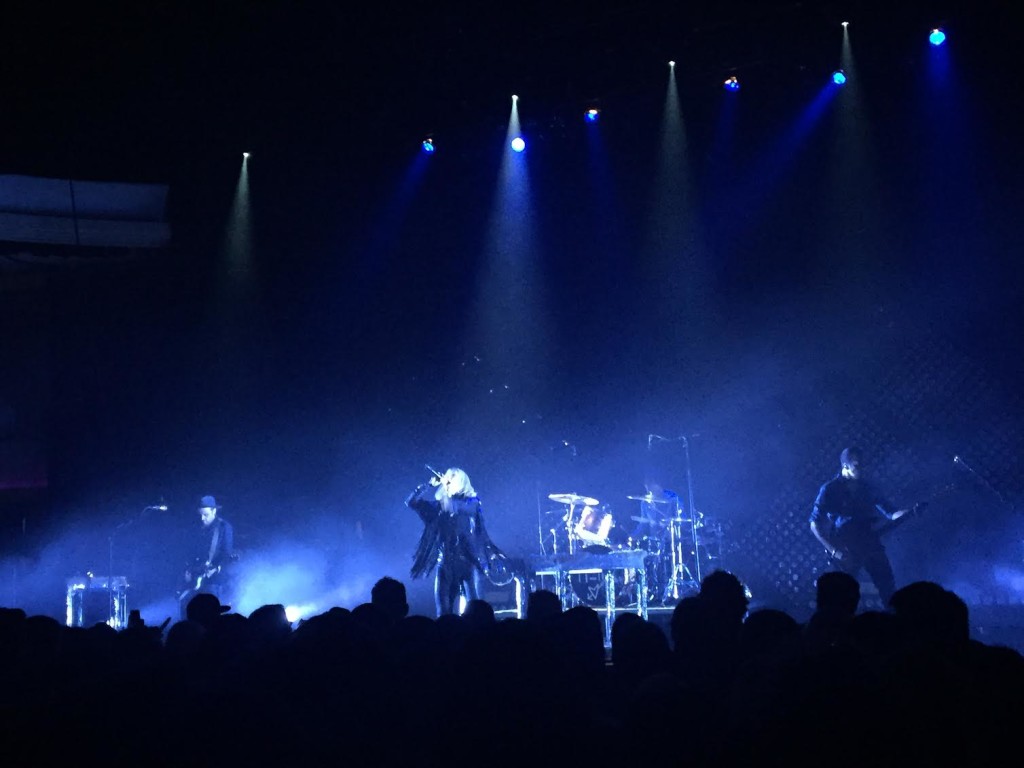 Other highlights of the night included Collect Call, The Shade, Gold Guns Girls, Black Sheep, Empty and Gimme Sympathy. Haines teased snippets of old favorites like Combat Baby and Hustle Rose by either singing a verse stripped down or completely solo, but then left us hanging (and sometimes continuing the verses loudly and longingly with the crowd around us).

Of course, I am partial to say Dreams So Real was the best part of the night as a handful of us walked onstage and echoed an acoustic version of the song.

Looking out in the crowd, barely any phones were in the air – everyone was in the moment with us, singing along with a band we love on a Friday night in Los Angeles. I have seen Metric a few times before, but there was something about this set list in this era of the band that felt bigger than what the confines of the Palladium could allow – at times I wished I could run outside and drag in passerby’s, screaming “you don’t know what you’re missing, something very important is happening in here.”