Press Pass LA attended the Minions premiere at the Shrine Auditorium in Los Angeles. Universal Pictures rolled out the yellow carpet for the stars of the movie 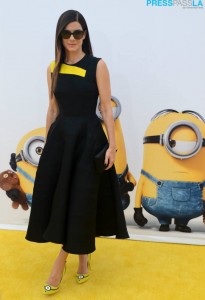 This premiere was like no other with a full-blown carnival including a Ferris wheel, custom Minion T-shirt making stations, and life size Minions and heroes of the film, Stuart, Bob, and Kevin.

So, just who are the Minions?

Evolving from single-celled yellow organisms at the dawn of time, Minions live to serve, but find themselves working for a continual series of unsuccessful masters, from T. Rex to Napoleon. Without a master to grovel for, the Minions fall into a deep depression. But one minion, Kevin, has a plan; accompanied by his pals Stuart and Bob, Kevin sets forth to find a new evil boss for his brethren to follow. 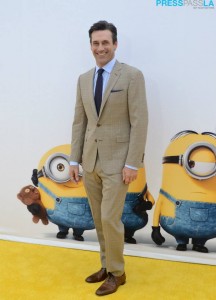 View our full photo gallery from the yellow carpet here.