A concrete blueprint for attracting and keeping a mate does not, to my knowledge, exist.  Any true pick up artist, player, or ladies man will readily admit this fact.

Hell, any guideline that may exist is more of a suggestive offensive approach than a crystal clear parameter.  There are however, things you should never do…at least early on in the game.  In the next few pieces, I will discuss a few approaches/ strategies that I’ve seen fail more often than not.

The first, and most universal of mistakes that men make is more of an internal error then an external slip up.  It is, however, the foundation of the multitude of errors we make subsequently.  We assume that a woman’s mind is like a videogame.

What I mean by this is, we assume that there’s some cryptic mental “cheat code” we can use that will give us total access to every woman’s brain.  We are actually subconsciously chauvinistic enough to believe that women are such a homogenous group, that each member will react with comparable responses to our advances.  In our minds, we’ve de-evolved women from the complex creatures they are, into one dimensional objects to be conquered.

Thinking this way severely cripples our ability to interact normally in a social environment with the opposite sex.  Many of us work tirelessly trying to find, and or create some 100% effective method to attract women.  After we think we’ve created the Rosetta stone for the female psyche, most of us go out and realize we’re still speaking the wrong language.

We become so obsessed with following some flawed plan we’ve developed, we approach women with blinders on.  Come on be reasonable.  How could any man in his right mind believe that his brain has the correct wiring to be able to decipher how women think before he’s even had contact with these women? How much more ludicrous is it to assume that just because some feeble attempt you mustered up worked with one woman in the past, that that same game plan will foster similar results with ALL other women? But, that’s what a lot of us do.  We sink or swim on one straight forward, lousy idea.

I knew a guy that had actually mapped out an entire conversation with a girl he was interested in.  He would use the same template with every woman he met.  It was sort of a “fill in the blanks” approach to meeting women.  “I’ll say this, she’ll respond with that…”  If the actual conversation didn’t closely mirror the schematic he created in his head, he would shut down.  You could literally see the moment when he would begin to run out of material for the exchange.  It was as if the traffic from his brain to his mouth was experiencing a conversational congestion.  He had only planned for the chat to take one route and ended up lost when she created detours in the discourse.

I’ve seen other guys mirror what they’ve observed from various music videos.  Flashing money and showing off expensive clothes may attract a certain type of woman (insert descriptive pronoun here), but not all women are lured by such superficial bate.  Others may have picked up tips from older males in their families.  “If you want to get a girl, you gotta do this…”  Many men read self help books, take Spanish Fly, or pour thousands of dollars and hours down the drain trying to find some ridiculous gimmick that claims to make them more appealing to the opposite sex.  A multitude of men go to a host of guys like me (advice columnists) who offer them empty promises and half-truths about the dating game. Don’t worry, I’m going to tell you the truth.

Gentlemen, I’m sorry to tell you, but the dating game is not that easy.  Women’s brains aren’t simple padlocks easily opened by some master key.  If the total number of women on this planet is somewhere in the billions, it’s safe to assume that each and every one of those women has a unique personality all their own.  The point I’m trying to make here is that Dating For Dummies or some lame-ass advice from an arrogant dating guru will not magically transform you into Romeo, and there isn’t billions of Juliets on this planet.  Oh yeah, one more thing… You will not, I repeat will not be able to create a fool proof procedure with which to use to snare any and all women.

I offer the following idea as an alternative.  Why not try to treat women the way they should be treated…like human beings?  Instead of trying to attract a crowd of women with some generic plan, why not focus on one woman.  You know, do the normal thing when you meet someone you’re interested in.  Pay attention to her so you can help to facilitate a normal conversation with her. Don’t do what my buddy did, and resort to spouting out a script to her. 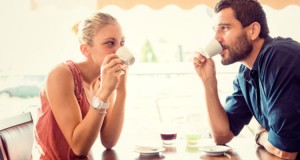 I can guarantee you that more often than not, simply paying attention and responding will work better than sticking to a preconceived plan.  Your exchange with her should be dynamic, which means you should be prepared to talk with her on any topic that should arise. You should be able to adapt to how the conversation progresses.  Find out about the things she likes and doesn’t like. Be yourself and see if you two could actually be compatible with one another.

The dating world is full of trial and error.  You couldn’t possibly understand who’s right for you if you didn’t have an idea of the types of women that aren’t fitting for you as well.  Take it from someone who’s been on both sides of the fence.  It’s more fulfilling to meet someone you have a lot in common with than trying to deal with a variety of women that may have certain aspects of their characters you enjoy.